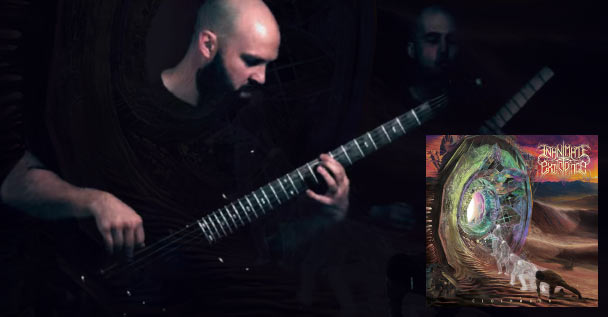 In support, the band is debuting a new music video for a new single by the name of “Desert” right here. This is a whirlwind of Progressive / Technical Death Metal proving Inanimate Existence once again to be among the best in their field. You can enjoy the new music for yourself right here:

The band themselves had the following to say about the release of “Clockwork”:

“We’re thrilled to finally be able to share our 5th studio album with all of you! This is definitely the most work we have ever put into an album by a long shot. Sound wise I’d say that it’s a continuation of our last album but much more polished and mature.”

In other Inanimate Existence news, the band will soon be touring with Warforged, Æpoch, Flub, Eye of Horus, and Aethereus. You can find all the dates for that by CLICKING HERE.

Here’s the official word on the band in regards to their new album release + more:

California-based progressive/technical death metal trio Inanimate Existence is proud to announce the upcoming release of their fifth full-length album, Clockwork. The album is set for a May 10th release date through The Artisan Era. It is the follow up to the group’s highly praised fourth album, Underneath a Melting Sky, which was released in 2017. Active since 2011, the band has yet to slow down in between regular extended touring on a near yearly basis and with four well-received albums released to date already.

On Clockwork, Inanimate Existence returns with another intricately crafted death metal experience driven by duality and experimentation. Continuing the group’s evolution found on 2017’s Underneath a Melting Sky, Clockwork delves ever deeper into cerebral progressive death metal depths while buoyed by the group’s established penchant for merciless full-throttle brutality and frenetic tech-death driven terrain. The stunning cover artwork for Clockwork was created by Justin Abraham (Equipoise, Oubliette, A Loathing Requiem, Aepoch) who the band had previously worked with to create the art for Underneath a Melting Sky. The recording was handled by both the band itself and with usual collaborator Zack Ohren (Fallujah, Continuum, Alterbeast) who mixed and mastered Clockwork at Sharkbite Studios in Oakland, California.

The band describes Clockwork’s thematic focus as “dealing with the human tendency to struggle with the acceptance of mortality and our limited time on earth. It explores the questions we torment ourselves with during life along with the irony of how small and insignificant we are in the grand scheme of the universe. The title refers to the mechanisms of a clock and how every tick brings you closer to your doom.” Fans of Deeds of Flesh, Decrepit Birth, Continuum, and Arkaik will find much to love through Inanimate Existence – Clockwork. 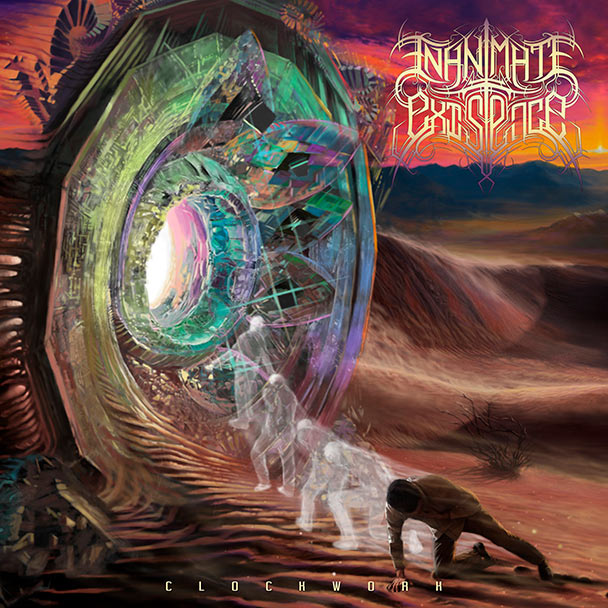