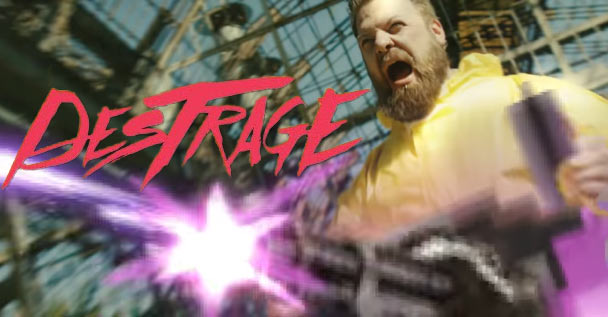 Italy’s own Destrage have struck with a wild “Hey, Stranger!” music video in support of their latest album “The Chosen One”. The clip can be enjoyed down below.

“2019. Superstition tends to take over science, conspiracy over facts, ignorance over information and hatred over tolerance. To talk about one thing, migration is a hot theme today because hey, man is a migratory species. We have the natural tendency to move around. To those who disagree I ask why would they leave the very room where they were born, because I believe leaving an hospital, crossing the street and entering a park is just like leaving a state, crossing the boarder and entering another state. Everybody should be able to do that without getting a bullet in the back. In this film, five anti-heroes go on a crusade to stop the invasion, but there is redemption in the end. Hey, Stranger!”