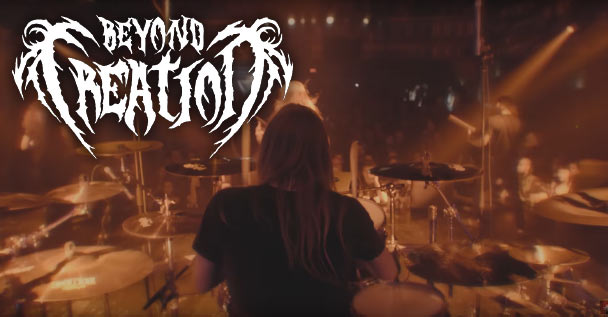 In support of their latest album “Algorythm”, Beyond Creation have launched an all new music video for the track known as “The Afterlife”. You can enjoy the new clip for yourself right here:

“What a pleasure it was to work with Ismael Mossadeq and his crew in making this music video for our song ‘The Afterlife!’ We shot this during the ‘Algorythm’ album release show on December 8th, 2018, at Le National in Montreal, QC.

There are reasons why most metal bands will agree that Montreal is one of their favorite stops on North American tours; the energy, the fans, the crew and the venues themselves make up for one particularly unique vibe, and this video perfectly captures that!

We are proud of our hometown and the impact it has been having on the metal scene! Huge thanks to everyone who came out that night and made it such an unforgettable one! Stay tuned, we have more content to share from this gig!…”