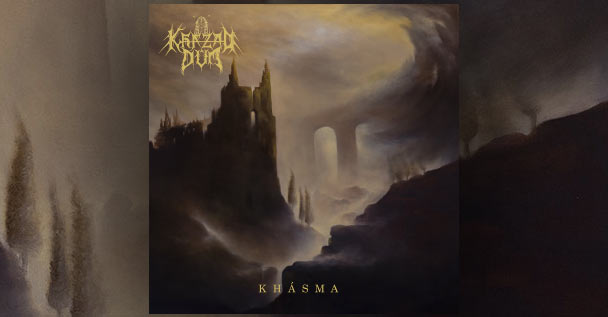 Hailing from Brazil comes a new Lord Of The Rings themed Death Metal band known as Khazad Dûm. They’re currently building up to release a new album by the name of “Khásma” on July 30th. You can preview the first single “Flood” right here:

Here’s what the band had to say of the new record:

The balrog is awake again. The flames rise high and menacing as Moria screams in horror. This is the debut, one conceived from the start to be an album (as Garmadh was originally conceived as an EP).

Khásma brings forth the anger, darkness and poison that you already know from Khazad Dûm, but also melancholy, introspection and a melodic tinge which fits perfectly with the band’s fantastical and dramatic approach to old school Extreme Metal. Expect a trip filled with longing through the gothic dungeons of your mind, dark tragedies filled with pain and rage; a journey which will shed light on long forgotten realms of darkness and despair…