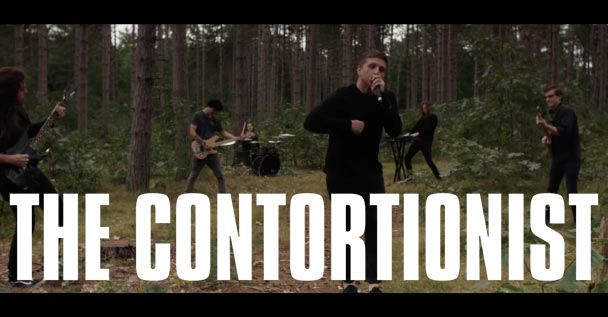 The Contortionist just arrived with a new music video and EP announcement! Here’s the official word in support of this:

The Contortionist have announced a new EP today and the release of a new single and music video titled “Early Grave.” Produced and directed by Corey Norman and produced and edited by vocalist Michael Lessard, this is the first music video and original song we’ve seen from the progressive group since the release of Clairvoyant in 2017.

The Contortionist will release Our Bones on August 9, 2019, via Entertainment One / Good Fight Music. Crafted in the compound owned by producer/engineer John Douglass (Coheed and Cambria, Bad Wolves, Carnifex), where the guys were able to live and work, Our Bones began with some ideas Robby Baca would regularly run through at the band’s sound checks.

“Once I was finally able to get Robby to record that riff we started piecing together the song in the back of the van, while on tour in Europe,” Lessard recalls. The result was lead single “Early Grave,” an expression of gratitude to the fans who’ve shared their stories of heartbreak, loneliness, and depression, and found new strength in the music of The Contortionist.

The band’s blistering new EP sees The Contortionist step outside the atmospheric storytelling of their critically-lauded conceptual masterpiece Clairvoyant (2017) to indulge an aggressive shadow side. More an anthology of standalone bursts of intensity, Our Bones isn’t a mere stopover between albums. It’s both a definitive look back and an ambitious leap forward.

“We try to do something different with everything we create,” explains Lessard. “With our albums, we tend to work with overarching interconnected themes. ‘Our Bones’ is a departure. It offered an opportunity to dive into some things we haven’t had a chance to explore, and the shorter EP format allowed us to be hyper-focused on each song.”

Our Bones was mixed and mastered by longtime collaborator Jamie King (Between The Buried And Me, Through The Eyes Of The Dead), who worked on Language and Clairvoyant.

While The Contortionist ultimately has proven themselves masters of psychedelic-enhanced experimentation and trippy melodicism, endearing them to fans of later period Enslaved and Sigur Ros alike, they have never entirely forsaken the urgent impact of tech-leaning extremity.