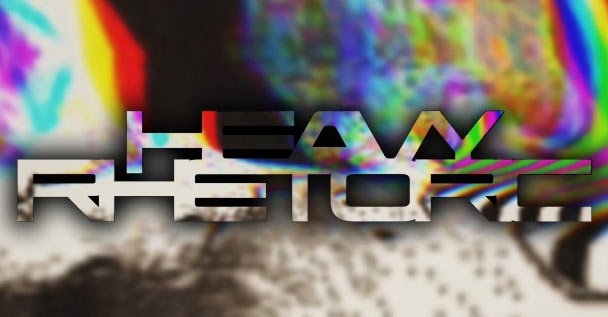 An all new single from The Odious has arrived! Give a listen to “Heavy Rhetoric” just below and prepare yourselves for the release of the new album “Vesica Piscis” on June 21st:

Pre-orders and merch/bundles for The Odious – Vesica Piscis are now live https://theodious.bandcamp.com/album/vesica-piscis

Portland, Oregon-based progressive death metal/progressive rock faction The Odious is proud to officially announce the upcoming June 21st release of their second full-length album, Vesica Piscis. It is the highly anticipated follow up to their late-December 2012 debut album, Joint Ventures, a release that is revered in progressive metal circles even now. Prior to the release of Joint Ventures, the band captured the attention of the progressive metal world with their 2011 EP, That Night a Forest Grew.

As a band with an unconventional sound and a cutting-edge approach to their craft, it’s not all that unusual that The Odious took a number of years between releases when carefully crafting Vesica Piscis. This was a necessary part of organically allowing their next effort to expand and evolve upon what they had achieved on their two wildly ambitious prior efforts. The results speak for themselves, as few bands contain the rare mix of top-notch talent, wide-ranging musical focus, and advanced songwriting abilities that The Odious has in spades on Vesica Piscis.

This rare gift allows them to create stunning boundaryless progressive minded metal that transports the listener to a world all its own. The album, while being very unorthodox and quirky at heart, maintains a defined listenability from start to finish that few of their peers in the progressive metal scene can match. Visionary eclectic artists such as Devin Townsend, Between The Buried And Me, and Mr. Bungle serve as a loose series of reference points to help cue the listener into the mercurial ever-shifting journey that is Vesica Piscis. Ever a hard to describe act, the band’s new album continues their established approach to boldly blurring the lines between progressive rock, progressive death metal, progressive metal, and more with ease.

The Odious comments on the upcoming release of Vesica Piscis

“We consider Vesica Piscis to be the final installment in a trilogy of related themes throughout the course of our discography. The subject matter of our trilogy tries to mirror the contradictions and dissonance that is prevalent in our existence. These ideas have mostly been organized as anthologies, with the varying concepts in each song covering things like cruelty, lust for violence, birth, decay, attraction, betrayal, etc. The Vesica Piscis itself is a historically ubiquitous symbol, appearing in ancient and contemporary contexts alike. Over the millennia, it has been utilized by many cultures/religions, putting its true significance into question. The universal yet ambiguous nature of this symbol resonated with us because it seems to perfectly embody the inconsistency that we reference in our trilogy.”

INTERVIEW ALERT: The Odious is now available for interviews. Please send us a message if you would like to set something up with the band.