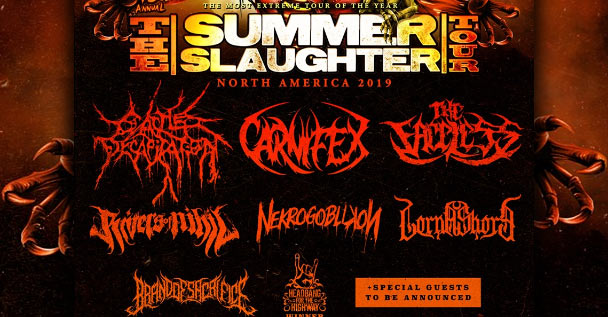 UPDATE – Salt Lake City and Toronto dates have been added to the 2019 edition of The Summer Slaughter Tour. The full list can be found just above.

The 2019 edition of The Summer Slaughter Tour has been announced! It’s looking DAMN heavy. No less than Cattle Decapitation will be headlining the venture with support from the talents in Carnifex, The Faceless, Rivers of Nihil, Nekrogoblikon, Lorna Shore, and Brand of Sacrifice. There’s also another band TBD by the Headbang for the Highway contest.