Ambers hitting hard with their new music video! Modern Metalcore made in Germany 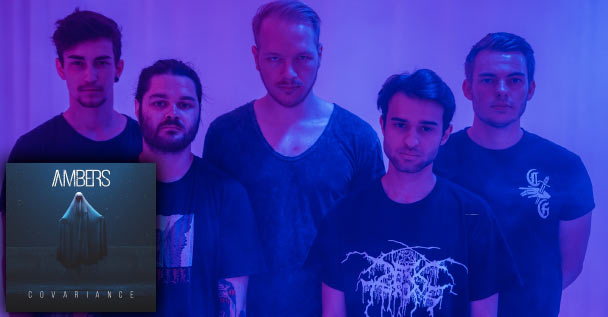 Ambers, formed in late 2017, is combining each member’s different musical influences and background into a metalcore/deathcore mash up with progressive and djenty elements.

After “cold embrace“, which has been released in 2018, created quite some resonance in the local scene, Ambers released their first music video in July and took their craft to the next level. The title track of the EP is one of the softer pieces but doesn’t fail to make the crowd move with its intense breakdown, while also serving fans of technicality with an impressive sweep solo.

While most members have long band experiences the songwriter Ben is actually the youngest of the bunch and wrote the first song that started it all at the age of 17. With a sound reminiscent of the first Northlane record it ended up on the 5 song EP „Covariance“ that will be released in August 2019.

Powerful live performances lead to comparisons to bands like Wage War and Oceano, which reflects the bands intentions to combine their favorite elements of death- and metalcore into their unique and diverse sound.