The Silence Between Us – New EP “Nails” is officially out 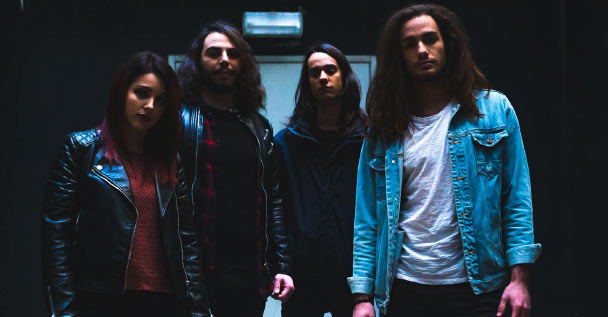 The Silence Between Us is a melodic deathcore band born in Venice (IT) in Jannuary 2014. In their sound the violent features of classic deathcore band such as Whitechapel, Betraying The Martyrs and The Black Dahlia Murder coexist with melodic tendencies coming from listening to In Flames, Trivium and As I Lay Dying.

In October 2015 the band released Miasmatic Dream, an EP produced and recorded for Scarlet Letter Productions containing the two singles Written in the Sand and Unable to Escape.

The following year they recorded the single Rottenness released via Puredeathcore Tv. The Silence Between Us dedicated insensely to live activity. They shared the stage with some of the most known bands in both Italian (The Big Jazz Duo, The Modern Age Slavery, Despite Exile, Not Yet Fallen, Bleed Someone Dry, Define) and international (Oceans Ate Alaska, Fit For An Autopsy, Aversions Crown, Within Destruction, Confessions Of A Traitor, Our Hollow Our Home, Loathe, I Set My Friends On Fire) metal scene and they also hit Eastern Europe in March 2018.

In May 2019 the venetian quartet released “Dear Dad” which anticipates the new EP “Nails”.

Nails is the new EP by The Silence Between Us and it follows the release of the single “Dead Dad”. The tracklist is made of 7 tracks and contains an intro and an interlude, both instrumental and hightly emotional. Many influences are detectable but they are all managed to create a peculiar and strongly personal identity both about sound and composition.

The strength of this EP is the impressive capability of communicating a huge amount of feelings together with a deep empathy which is not common in this genre. The concept in Nails is essentially the shades of sorrow. Sometimes pains mixed with anger (Lungs), other times it becomes a sense of oppression (Nails), other ones resignation (Bury Me Alive) or the impossibility of reconciliation (Dear Dad). However the band doesn’t give any absolute truth or ultimate solution, they let anyone find their own answers.

Music and lyrics: The Silence Between Us

See More: Deathcore, The Silence Between Us
« The hard rockers ONLAP are back with a new single, “Miracle”!
Misery Index “Hammering The Nails” music video released »