The thrash metallers Warfaith reveal their video for “Pint of Pills” 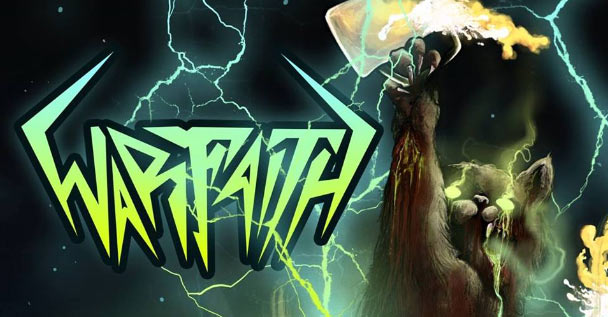 Warfaith is a French thrash metal band formed in 2012 by five friends who all have the same state of mind: To always have a good time! After a debut album titled “Wise Man is Dead” (2015), and a new EP, “Pint of Pils” (March 2019), the band is now happy to reveal a music video for the title track, “Pint of Pils”.

“Pint of Pils is the main title of our EP because it summarizes the context in which it was composed: a lot of beer! A pint of Pils? This is the way, within the band, to say that we want to go out and have fun. In fact, it’s used as a rallying cry.

The story is pretty simple: it’s a representation of a guy who’s partying all the time and making beer his only landmark. And as it happens to us often, taking nothing seriously, we can find the «drunk man» side throughout the track,” explains the band.

Speaking about the shooting of the video, they reveal: “It was a lot of fun! While following the course of the song during the shooting, those who took part in the shooting spent the evening in a bar, in states of sobriety more or less different. Anyway, Jojo ended up shaving his head and beard at the mower and it could have been fine except that in addition to having resulted in a pervert’s face, his beard and hair were not straight, and he kept this for a week! (laughs)”.