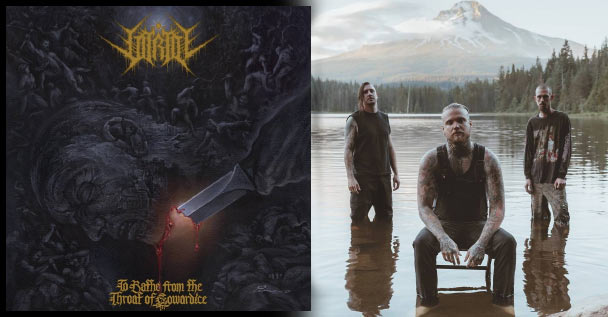 UPDATE – The band just released an all new single by the name of “Crowned In Retaliation”! You can give a listen to this through the stream below.

Pre-orders are now available to those who CLICK HERE

Vitriol have proven themselves as one of the most promising new names in Extreme Metal today! Their “Pain Will Define Their Death” EP and subsequent work have set them in a different league from most.

This is precisely why they’ve signed on with the good people at Century Media and are now preparing the release of their debut full-length which was just announced for a September 6th release this year! It will go by the name of “To Bathe from the Throat of Cowardice” and the official album art can be found above.

An official guitar playthrough for their latest single “The Parting of a Neck” can also be enjoyed right here: