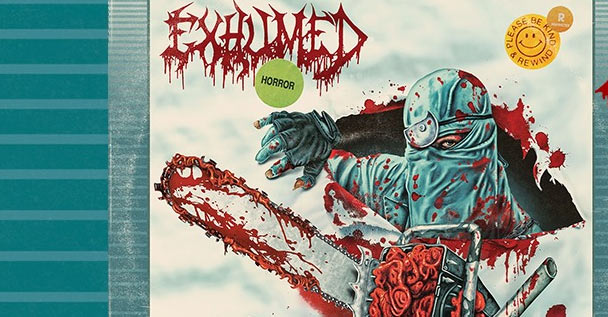 Exhumed are preparing the release of their new album “Horror” for October 4th through Relapse Records! Pre-orders are currently available to those who CLICK HERE.

In support, the band just launched an all new single by the name of “Ravenous Cadavers” which you can enjoy right here:

Exhumed frontman Matt Harvey had the following to say of this:

“‘Ravenous Cadavers‘ is a great taste of the album – and this is one of the more mid-paced tracks on the record, so… ‘Horror‘ is all about stripping away everything and getting down to the core elements of our sound: raw and nasty aggression. The album’s like mainlining Grinding Death Metal at a lethal dose.

If you liked the more intricate, melodic stuff that we’ve done, this may not be the one for you. If you’re a fuckin’ maniac that wants to pound some beers and smash up some tombstones, this is the record you’ve been waiting for.”