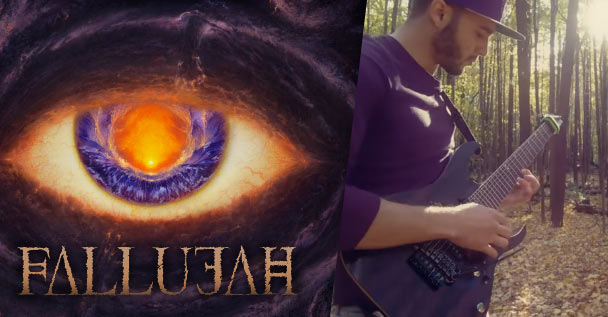 Fallujah guitarist Scott Carstairs showed up to do what he does best on a new YUREI track known as “Dark Matter”. Feel free to watch the music video for this below!

This was done in support of the new YUREI album “Saudade” which is set to strike the world on October 4th. The effort was mixed and mastered by Jamie King (Between The Buried And Me) and features ex-Native Construct’s Kee Poh Hock and Last Chance To Reason’s Evan Sammons as well.

Here’s the official word in regards to the new single:

“Stemming from a jam session between drummer Nathaniel Reynolds-Welsh and guitarist and bassist Gabriel Castro, ‘Dark Matter’ evokes the frenetic nature of a video game boss battle. As the technical peak of the album, the song’s concept centers on the main character’s trials before he reaches the ‘Forest of Waters.’ ‘Dark Matter’ also features Fallujah’s Scott Carstairs’ signature leads.”