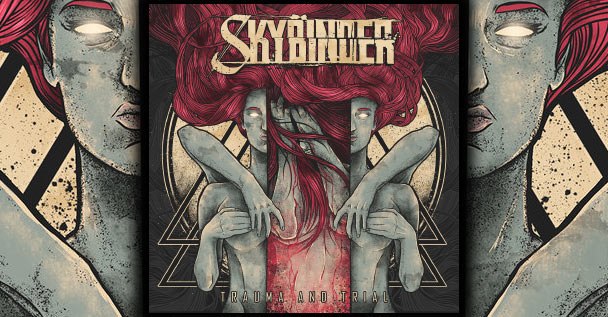 Skybinder is a strong Metalcore band on the rise from Athens, Greece. They mix several classic metal elements into their otherwise modernized sound which, combined with their high end talent, makes for some great results. As noted in the title, this actually lands them somewhere around the same arena of the older Parkway Drive sound which many of us have come to know and love. It might even fill that particular hole in your heart!

That’s not to say Skybinder aren’t making a mark of their own because they did an excellent job in constructing the new LP “Trauma And Trial”. It just struck the world the world this Summer as an independent release. It makes for 40+ minutes of solid modern metal across its 12 tracks!

You can give a listen right now through the streams provided across this page. You can also purchase / stream the record using platforms like Spotify, Bandcamp, and Apple Music!

It’s also important to note the band’s admirable DIY approach to music. The new album was completely self-produced in house by the band’s guitarist Tonis Makrogiannis who handled the recording, mix, and master. Better yet, it’s well done!

Having just gone public in 2018, Skybinder have already made great strides! For example, they’ve already supported bands like Thy Art Is Murder, Oceans Ate Alaska, and Pro-Pain for live performances in Athens, Greece with more on the horizon!