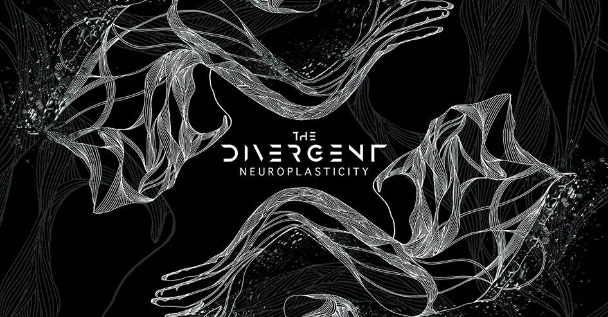 There’s a massive sound echoing from the reaches of Hämeenlinna, Finland. The Divergent move in their own path with a sweet combination of Progressive Metal, Melodic Death Metal, and their own creativity. Simultaneously, they keep a foot in several elements that make modern metal music great to begin with! It all makes for a worthwhile experience crafted by some very talented individuals.

If you read the biography over on the band’s Facebook page, it’s been made known that the band’s history extends back to 2015. However, they didn’t actually become The Divergent until 2018. From that point, they’ve been building toward this very moment!

More specifically, they collided musically on the new EP by the name of “Neuroplasticity” – which is out in the world right now! The full record spans just shy of a half hour. Not a bad run-time in the realm of EPs – more bang for your buck, as they say. This is spread between 5 individual tracks that ultimately make up the mesh that brings this record to life! The size of the given tracks is also notable with 3 out of 5 spanning around 6 to 7 minutes in length – once again, not usual EP fare. This is a rare occasion, but for once I can say this isn’t an EP release that feels too short!

If you wish to give a listen for yourself, there are streams “Neuroplasticity” placed around this very page right now! You can also dig in deeper to stream the goods through your platform of choice – this includes the likes of Spotify, Amazon, and Apple Music among other locations.

The record opens with a solid push from The Divergent’s instrumental corps, making an immediate good impression on the ear. I’m rarely impressed or swept up by the first few seconds of any given project but The Divergent made that time count with an immediate hook. Quick guitar notes soar over the grooving machinery of the band below. Soon after, growls arrive to be pitched over the chasm of sound the instrumental creates. The title track opener was clearly picked as the EP single for good reason. It was the very first taste that many of us had for The Divergent and it’s a definite winner.

The opening track does an effective job of introducing The Divergent’s general sound, but it certainly doesn’t show the whole picture. These songs seem to come with identities of their own. While the band’s approach to music is very consistent in some ways, they also place another foot on some creative angle to give each track some individual personality. This keeps the experience of “Neuroplasticity” fresh from top to bottom.

The EP’s title track is obviously one of my favorites, but the rest of the record also deserves a considerable nod. This is a great collection of music, especially coming from what is essentially a new band. I would say every number is worth giving a go. “Pain of Improvement” has a more eerie feel to it while introducing the first sung words on the record. “In This Struggle” has a bit of a mystically brutal approach while incorporating some heavy modern metal elements and some of the record’s best melodic work. “In This Experiment” quite literally sounds like it came from the lab of a mad scientist! It’s the most unhinged track on the EP in my opinion.

“In This Halo” really closes out the record with a stomp. This brings a true sense of finality to this particular experience. In the same way the band took advantage of the first seconds of “Neuroplasticity”, they seem to take advantage of the final stretch on “In This Halo” by providing a powerful sound that really sounds like a close to this event. It also seems to leave the door open for future potential greatness. At least that’s how it felt in my ears!

There’s clearly no shortage of effort behind this release. I speak about them taking advantage of certain moments throughout the EP, which they certainly do. However, it becomes clear early on that just about every running second on this record comes with great attention to detail. It’s like looking into the face of a well-defined sculpture.

Instrumentally speaking, the band pretty much knocks this EP out of the park. As I just mentioned, they’re quite meticulous with their compositions and they have the talent to back it up. The delivery is quite technical and groove laden with huge walls of quality sound falling upon the ears. In a word, the band’s performance on the “Neuroplasticity” EP is powerful. With that being said, it’s only right to salute Harri Moilanen and Markus Pulkkinen for the guitar work, Petri Moilanen with his delivery on bass, and Eetu Mellin with his drumming performance. Well done.

In terms of vocals, Roni Leskinen takes the helm of this project. His voice comes across in both the harsh and clean varieties along with hybrids sitting between. There are unique moments across this record ranging anywhere from a whispered growl to my favorite vocals on the record – pitched growls. The harsh delivery covers a spectrum from the low to some higher pushes from the gut. The clean vocals appear less frequently but certainly make their presence known with a sort of strained, sometimes dissonant, almost manic delivery. They generally stand apart from your standard fare.

The production behind this EP is very clean. Better yet, it sounds huge! Every single component of the record hits home in a clear and concise manner as the mixing levels generally agree with the ears. I’ve listened to the EP through several mediums from car speakers to headphones to monitors and even through my phone speakers. I had no qualms with the sound quality through any format.

I don’t have too many criticisms for this record, but two things do come to mind. First, the synthetic instruments on this record aren’t my favorite – they just kind of sound flimsy in comparison to the might of the band’s overall sound. Had these moments sounded more organic, I think it may have panned out for the best. Also, I generally enjoy the clean vocals on this record, but they sound better in some sections than others – they can be flat at times. Objectively speaking, some people may also find this EP release to be too clean and mechanical, but I personally think it works with The Divergent’s particular approach quite well.

To draw a conclusion from The Divergent’s debut EP, I have to say we’re looking at a great new band in the Progressive Metal sphere. They have many of the right elements and they come colliding together quite well on the “Neuroplasticity” EP. This ultimately serves as a worthy first exhibition of the band’s collective talents. I’m feeling a strong 8 out of 10 on this one. Well done.

As hinted, one of my favorite parts of this is the sheer potential moving forward into the future. I can easily see a band like The Divergent topping themselves moving forward. Only time will tell… but I look forward to it!

If you want to show the band some love and keep up with what may come next, go ahead and give them a follow on Instagram and Facebook. Once again, it’s also worth noting that The Divergent’s music is currently available for streaming and purchase on platforms such as Spotify, Amazon, and Apple Music among other locations. Get to it!

And now, we diverge from the writing of this review. Hope you enjoy the music. Good day to you all!