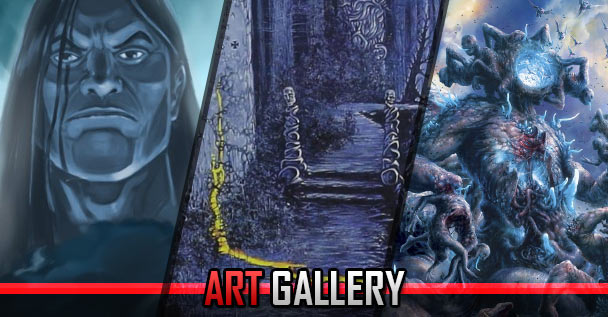 Here we have an absolute classic. Papyrus font forgiven, the album art (and music) for Entombed’s “Left Hand Path” is iconic in the world of metal music. It depicts a beautifully illustrated and absolutely treacherous trail running deep into the woods with so many hidden details one can seemingly look at it for hours. It’s also worth noting that the artist, Dan Seagrave, has likely illustrated a number of your favorite album covers. Check his site for more! 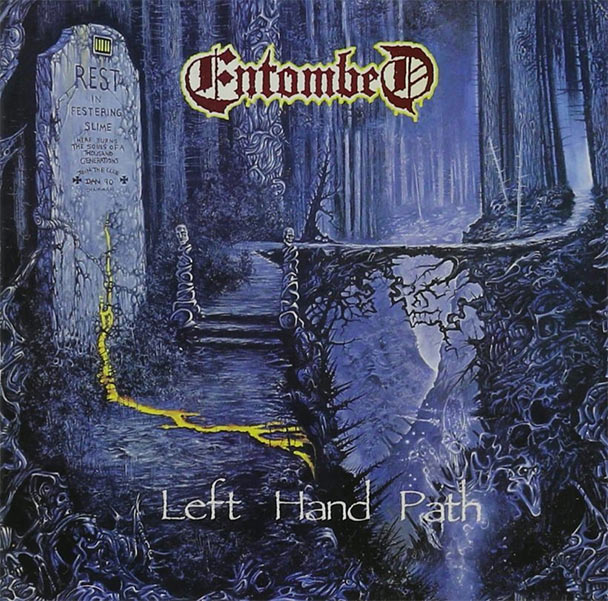 It’s hard to deny a band that quite literally spawned an entire animated TV show… especially when it comes to appreciating artwork. This makes Dethklok, more or less, one of a kind when it comes to metal music. Led by the talents of Brendon Small, the band thrived for some years with the show Metalocalypse before being cut short at the hand’s of their owners Adult Swim. However, there may be a comeback o’ sorts a-brewing (CLICK HERE to learn more). But I digress, we’re here to celebrate the band’s album art from their 2007 debut “The Dethalbum”. 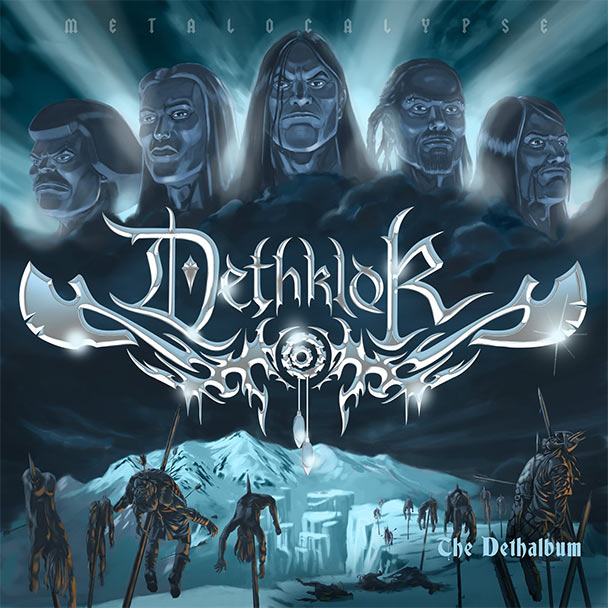 This was a more recent discovery but mezmerizing nonetheless. The Purefilth album “Unhuman Forms Prevail” features a cover with universal levels of chaos on it. It’s equal parts disturbing and interesting and seems to fit the brutal sound / theme of the LP like a glove. You can give a look for yourself right here, right now. 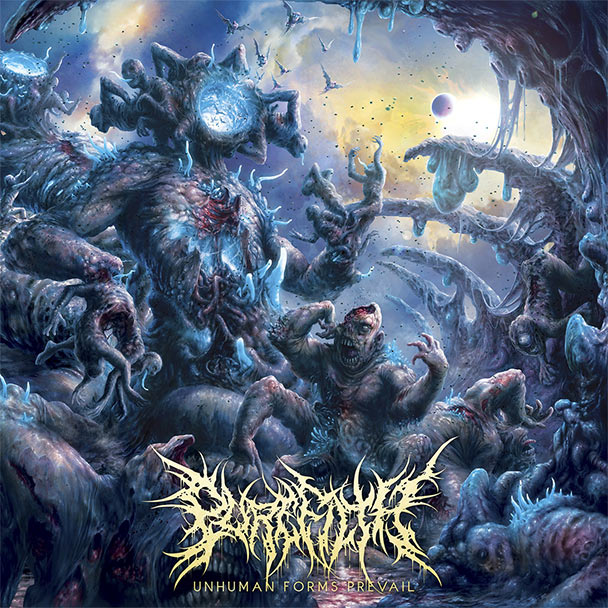