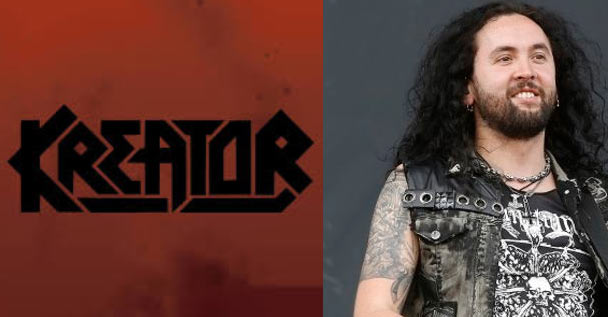 “Joining Kreator is an honour as well as a huge step up in my musical journey. I’ve been friends with Mille for over 15 years and a lifelong Kreator fan; I have to pinch myself every day to believe that I’m now a part of one of the best and most influential bands in the genre. I look forward to the many adventures ahead and getting well acquainted with the legendary Kreator Hordes!”

Likewise, Kreator vocalist and guitarist Mille Petrozza had the following to say:

“Firstly, we would like to say thank you to Speesy for his time in Kreator over the last 25 years – we have accomplished so much, and I sincerely wish him the best in his future! A new chapter for Kreator beckons; Bienvenue Frederic Leclercq! Fred represents a new focus and hunger within Kreator and we’re extremely excited to have him a part of the Kreator family – not only is he an exceptional musician but a great human being which made the decision to have him join the band very easy! We begin in Chile and continue on to some explosive years ahead!”