Tool – MJK speaks on why the album took so long 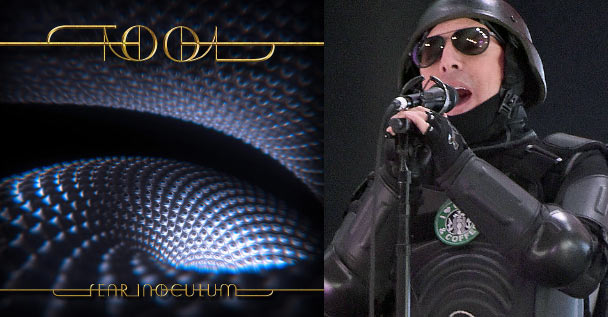 While on BBC Radio 1’s “Rock Show With Daniel P Carter”, Tool vocalist Maynard James Keenan spoke on the band’s new album “Fear Inoculum” and why it took so long to release. More specifically, he had the following to say of this:

“I think a lot of it just that age where you want it to be right and we’ve had some success in the past and the fear of this thing coming out and not being accepted—the fear that it’s not as good as it can be—that can be detrimentally crippling.

Probably in if I had to ‘psychology 101’, I would have to say ‘Well yeah, that’s why it would take 13 years to write something, because you’re paranoid that it’s not gonna be the best that it can be and then you second guess every single step that you make’; when it was probably good enough—I shouldn’t say good enough—it was fantastic 8 years ago.

But then the crippling second guessing of yourself sets in and that psychology and that spiral you get in, it can be extremely daunting. And you can actually not even feel it happening.

All of a sudden you wake up and it’s 13 years later. The hard part is accepting the fact that maybe you’re not as important as you think you are and you should probably just get on with it.

You have four strong personalities all fighting for space. So over the years I’ve had to just step out of the room just to let them fight it out.

Because just to have another opinion in the room; If you think it’s gridlocked now, to have a fourth arrogant person in the room is not gonna help anybody.

So, you have to understand when there’s too many chefs and just step out. Let them get there and then step in and do your magic when they’re done.”