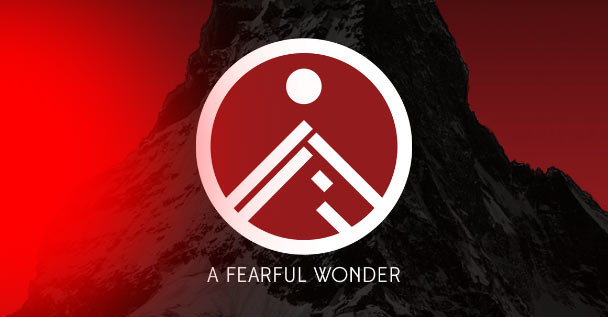 広 (KO), Vast, Wide – Music with a very broad range of influences and experiences coming together into one cohesive sound.

Put them together and you get… An impressively eclectic prog rock band from Toronto! Driven by 5 musical minds, this band weaves a number of approaches to make a unique tapestry of sound that isn’t hard on the ears. This mesh twists in elements of metal, funk, fusion, gospel, R&B, and pop music along with the driving prog rock sound.

Since first emerging in 2013 as a solo project, Kozen has expanded into a full band and released a total of four records upon the masses. The latest of these goes by the name of “A Fearful Wonder” which struck the world in Summer. It’s quite the complete experience standing at a 45-minute run-time through its 10 tracks which were all lovingly constructed by the band.

You can give a listen for yourself through the streaming links provided across this page. It’s also worth noting that Kozen’s music is available on most major online music platforms. You can stream and grab the goods for your collection at Bandcamp, Spotify, Amazon, Apple Music and beyond!

The album immediately begins on a high note with the introduction of “With Open Eyes”. The track brings about some very tastefully upbeat playing and a clear exhibition of all-around talent from the band. This is a very tight group of musicians and they waste no time putting that on display. Furthermore, there’s a balancing act at play. While relatively complex, the music is actually quite accessible and catchy in areas where other prog bands may be off-putting or confusing to the average listener. There are immediately hooks to bring people into this record.

This tasteful prog approach continues full force into the second track “Rooted In Thin Air” and well beyond. It’s clear that every track went through some considerable attention to detail with the work of craftsmen pulling the strings. They all synch up as an effective collection across this record’s run-time despite any minor sonic differences or outward experimentation.

Some of my favorites across the record (beyond track #1 which might actually be my favorite) would have to be “To The Wind” which was the prognificent lead single (see the music video on this page), “Nail” had some very nice driving musical passages that immediately caught by attention, “Burning in my Mind” has some of my favorite guitar parts on the record, and “The Locust Season” kept getting caught in my head. That’s really just scratching the surface. When push comes to shove, every track across this album is worth a spin.

Musically, as I’ve heavily alluded… This band is incredibly tight with their genre-blending, funky, prog rock + metal fun fest. They’ve clearly been playing together for a while and they all take credit for writing and arrangement on every track. That in itself is a good sign for how cohesive these musicians truly are.

And speaking on who they are… They are founding member Maxwell Kozen who handles vocals, guitar, programming and synth duties. He is joined by brothers Jericho Leal and Jared Leal who cover guitar and drums respectively. Sidone Harrison brings up work on the keys and provides additional vocals. Finally, Jeremy John handles the low end on bass (doesn’t look like he was in the band when this album was made though…).

Vocally, this record brings a strong performance. It’s primarily clean vocals in the prog vein while simultaneously taking advantage of pop and R&B approaches. Every once and a while harsh vocals appear with force as well. This is all mixed up to keep listeners on their toes – makes sense considering the band’s general genre-bent nature.

Now, it’s not all sunshine here. A few criticisms do come to mind while covering to this otherwise solid record. Sometimes, while listening to “A Fearful Wonder”, I believe it could have used some extra love in terms of production on some tracks. Sometimes, the vocals are left too dry in the mix (despite being sung very well). These songs can also sometimes feel too synthetic and flat despite the bounty of lush musical ideas bursting from the band. In my opinion, the sound selection driving some of the synthetic / electronic instrumentation could also be better (example – the brass instrumentation on the opening track at 2:06). Beyond those few things, it’s looking damn good for KOZEN.

To sum it all up, I’ve been living with this record for a bit and it has remained entertaining and catchy to me. The band sticks out among the pack by utilizing their high-level talents and taste for music all around. This is what I’d call a success in an ever-tightening musical landscape and I applaud them for that. It has some shortcomings but the good outweighs them by far. Originally, I was feeling somewhere around a 7.5 out of 10 on this BUT considering how fresh and fearless this band is sounding in my ears I think it deserves an 8. Very, very good full-length coming from KOZEN.

With all that being said, it should be quite interesting to see where Kozen takes this next. They have a lot going for them in terms of talent, cohesive songwriting ability, genre mixing, and musical mindfulness which is a recipe for true greatness. There’s so much potential here. Woe to those who sleep on it!

If you want to keep up with this band and see what comes next, by all means give them a follow on social media! They’ve set up camp at Facebook, YouTube, Twitter, and Instagram. You can even go further down the rabbit hole and give a visit to their official website and learn just about everything there is to know. Take the red pill.

Once again, the band’s music is available for streaming and purchase at Bandcamp, Spotify, Amazon, Apple Music and most likely on whatever your favorite platform is. Get to it!