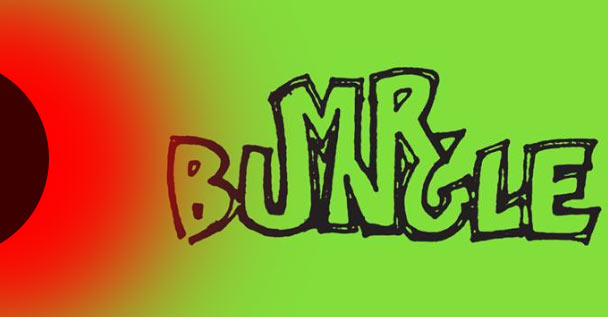 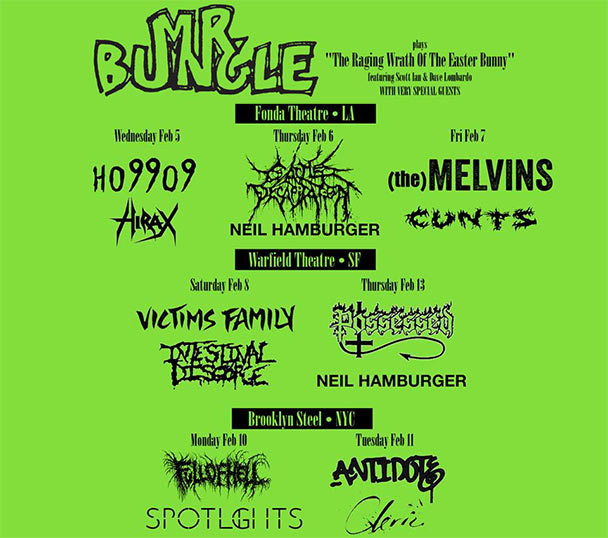 Mr. Bungle reunion shows are inbound! Here’s the official word in support of this:

Mr. Bungle, who surprised fans last month when they unexpectedly announced several live performances, all of which sold out within moments of their on-sale, have announced the bands who will be joining them for the highly-anticipated performances.

Hand-picked by the Mr. Bungle band members, the openers include Cattle Decapitation, Possessed, Hirax, the Melvins, Ho99o9, C*nts and Spotlights, reflecting a mix of artists that both influenced the Eureka-born outfit’s 1986 demo, The Raging Wrath of the Easter Bunny, as well as current bands that the musicians are both fans of and feel are carrying on the spirit of that era, both musically and in attitude.

“Putting these shows together it occurred to us that this was a great opportunity to expose unsuspecting audiences to some of the absolutely legendary thrash, death metal and hardcore bands that originally inspired us in the mid 80s,” explains Trey Spruance. “And if we’re going to do that, why not re-unite with some of the equally legendary bands we were close with in the 90s? And why just concentrate on the past? Of the current bands that have taken some kind of inspiration from the heavier side of Mr. Bungle in doing their own thing, why not invite the select few that have managed to inspire us back?”

Mr. Bungle’s Trevor Dunn, Mike Patton, and Trey Spruance will be joined by Scott Ian (Anthrax, S.O.D.) and Dave Lombardo (Dead Cross, ex-Slayer, Suicidal Tendencies) for what has been dubbed: Mr. Bungle Plays The Raging Wrath of the Easter Bunny. The one off tour finds the group playing the self-produced and self-released 1986 demo in its entirety, marking not only the first Mr. Bungle performances in 20 years but the first time these songs will be played live in close to three decades.