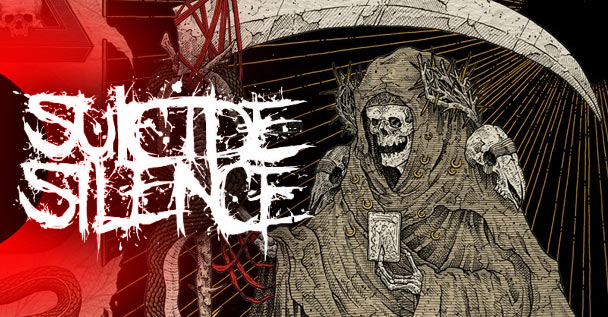 UPDATE – The band has announced their new album “Become The Hunter”! Here’s the official statement:

“Become The Hunter” will be arriving early next year & pre-orders will begin next month! Big shout-out to Adrian Baxter for the killer artwork!

It’s official! Suicide Silence have wrapped their new album. Expect a release in 2020.

This was made in conjunction with the man Steve Evetts (The Dillinger Escape Plan, Sepultura) who worked on “The Black Crown” and “You Can’t Stop Me” with the band previously. The record was mixed by no less than Josh Wilbur (Lamb Of God, Hatebreed).

It’s worth noting that guitarist Mark Heylmun has returned to the band following a hiatus.