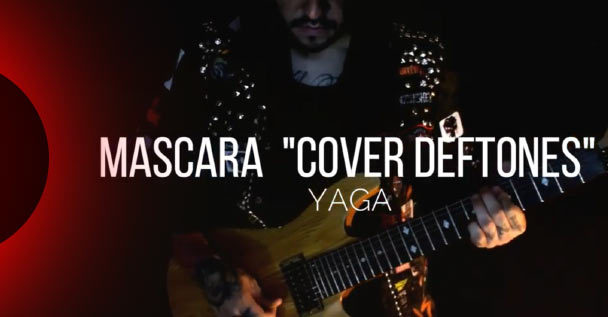 Yaga is a project that I started a little over a year ago with Kike Valderrama vocalist of Headcrusher, Sol de Sangre and other projects. It all started after a conversation about the classic Deftones album “Around the Fur” and its 20th anniversary. After commenting how much we both liked this album, I decided to send Kike my version of Mascara, the third cut of the album. It took some time to finish this cover, but we are both happy with the result. With the recording of this version, we decided to compose some songs in a more melodic line than the one we have both done in the past, and that is how we created YAGA. I hope to share some original YAGA songs in the very near future. For now, I invite you to watch and listen to our version of “Mascara” of the great Deftones. check out the cover. Enjoy!