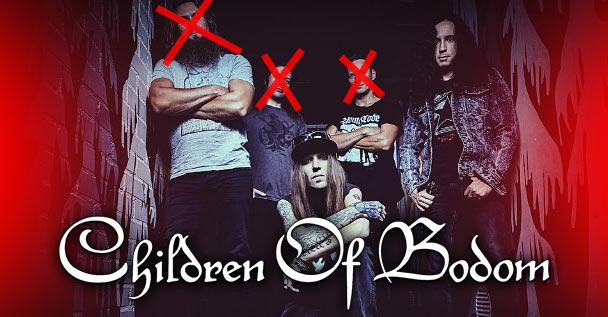 It has been announced that drummer Jaska Raatikainen, bassist Henkka Blacksmith, and keyboardist Janne Wirman are all leaving Children of Bodom. This is following 20+ years with the band.

“It is with heavy hearts that we announce that 2019 will be the last for Children Of Bodom with this line-up. After almost 25 years with Bodom, thousands of shows and 10 albums it is time for Henkka, Janne and Jaska to step back and change direction within their lives. All three will miss the fans and supporters in every city in every country the band ever played. The last show of this line-up will be on the 15th of December at Helsinki Ice Hall. Tickets still remain for some of the Finnish shows in December. Alexi And Daniel will have further announcements about their plans to keep creating new music in the future. Thanks again for everything.”