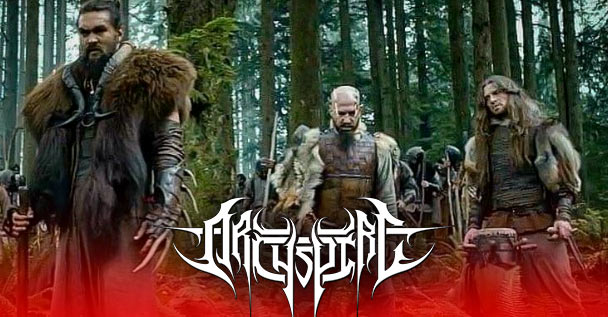 It was previously reported that Archspire vocalist Oliver Rae Aleron and drummer Spencer Prewett were given spots on the new Jason Momoa show “See” by the actor himself. You can learn more about that by CLICKING HERE.

Now, the reasoning seems to be deeper than fandom. It turns out Archspire’s Oli was actually training the actor on how to perform his war cry for the role in “See”.

While speaking with Indiewire, Oli had the following to say of this:

“Jason has such an interest in music and has done aggressive acting scenes before, so he was a quick learner for this. We spent time getting him familiar with what the vocal style is and were messaging back and forth while Archspire was on tour. When we hung out on sets, in between takes I’d come over to him and we’d go over the lines together…

Already having the background experience of being in front of cameras while playing and having to have high energy during go time helped us out with being on screen. Being on a big-budget TV set was a trip, and Jason putting us in speaks to the creative side of what he does. He has this crazy reputation and status, but he’s just a fun metal dude.”

Here’s a trailer for the show itself: