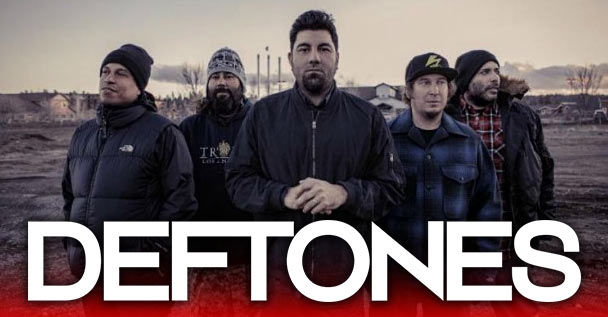 While speaking with Kerrang!, Deftones vocalist Chino Moreno had the following to say of progress towards the band’s 2020 album (which has been confirmed):

“We have a rehearsal space in Sacramento that we just started using again after 10 years. We have a place in Hollywood, too. We get together, write for 10 days, then everyone goes back home, listens to stuff and comes back. We’ve been doing that for a year-and-a-half now.”

He went on to explain his process for crafting vocals with the following:

“When we first started I used to have notebooks. I would have a couple of pints, then scribble all these thoughts down. Then I’d go to make the album and I’d look for what fits. On our first record, I didn’t even have words. It was just made-up stuff. I wasn’t confident that I could write at all, so I started to scribble. I was asked to send the lyrics for the first record to the label, and I literally didn’t have them written out, so I sent pictures of my notebooks.

Some of the lyrics might match up to the songs, but they’re not written out. On our second record, I stepped it up. By White Pony, I felt a lot more confident in the words I was writing, I attacked them. Now I’m back to waiting ’til the last minute and going on instinct, ’cause that’s where the fun is. The way you react to something when you first hear it makes for the best idea. It’s your instinct. It doesn’t always work, but when it does, it’s cool.”