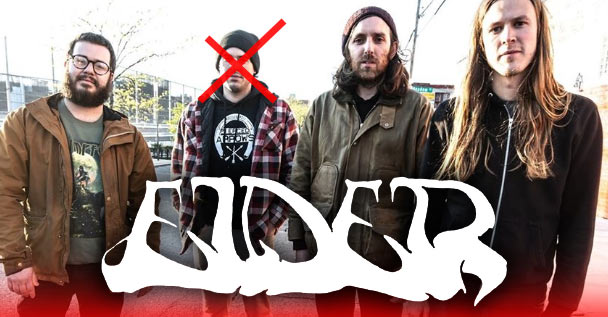 Drummer Matt Cuoto is no longer with Elder… The band had the following to say of his departure:

“Elder has always existed in a state of constant evolution – a product of our personal and creative development – and sometimes that means moving in different directions. With that being said, we’ve reached a point where founding member and drummer Matt Couto and Elder have decided to part ways.

When we began this band, none of us had any idea that it would become more than a hobby, a stoner rock band in tribute to our adolescent idols. 12 years and change later, we’ve travelled the world together, played more amazing gigs than we can count and made some music that we consider great – or at the very least a lot of fun.

Matt is and will always be a brother to us; he’s made a permanent impression on our lives, and we’re thankful for all the time we’ve spent together up to now, both on and off stage. His inimitable drumming style shaped all of Elder’s work, and we’ll always be indebted to him for helping establish the band’s sound.

We’ve been relatively quiet as of late, since understandably these kind of major changes in a band necessitate a bit of reflection and reorganization. However, we’re lucky to say that we’ve not had to take too much of a break or a step back and have already found our new drummer, whom we’ll introduce shortly.

Thanks for reading – more soon!”