GHOST ON MARS “From the Darkness” music video exclusive 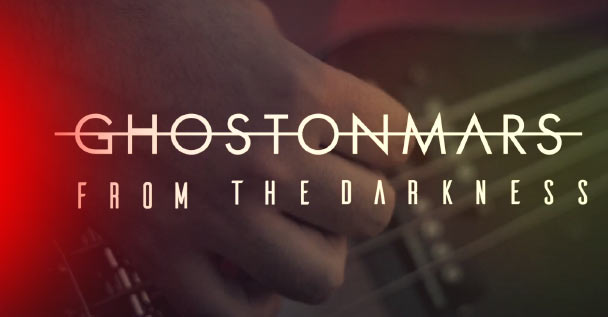 Here’s the new Ghost on Mars music video for the track “From the Darkness”!

Here’s the official word in support on the band’s new EP “Lost Signals”:

Ghost on Mars is a band born from an idea of Fabio Valentini who, along with former members of Lykaion Valerio Lippera and Andrea Alberati, decided to found it in May 2018.

A few months later their longtime friend Francesco De Honestis joins the project. He is a rhythm and lead guitarist of numerous projects such as Notanumber, Overfail and many others.

The four musicians start looking for a singer and meet Moreno Sangermano (Reversal Symmetry, Layra) who, in January 2019, joins the band completing the line-up.

The basic idea was to propose a sound in which the European gothic-doom and the influences coming from the Post Rock / Post Metal / Blackgaze scene could merge.

However, thanks to the new members the musical horizon widens, incorporating progressive, djent, and alternative suggestions in the sound of the band.

It is instantly synergy among the members of the band, Moreno’s voice fits very naturally into a sound that gradually becomes more defined. In April 2019 Ghost on Mars decide to produce their debut EP “Lost Signals”, which is recorded, mixed and mastered in the following three months at Alex Di Nunzio’s NMG Recording Studio (Francesco di Giacomo, Astra).

The EP contains five songs for almost 30 minutes of original music fully reflecting the musical philosophy of the band, with typically metal riffs and more modern influences, all seasoned with post-rock suggestions that give life to more rarefied and ethereal episodes.

The lyrics have in common references and quotes from sci-fi books and movies, a passion shared by all the members of the band, that ends up becoming the leitmotif connecting lyrics and atmospheres of the songs that will come from then on.

“Lost Signals” is completely self-produced and was released in September 2019.

The band is currently promoting the EP and is engaged in the composition of its first full-length.