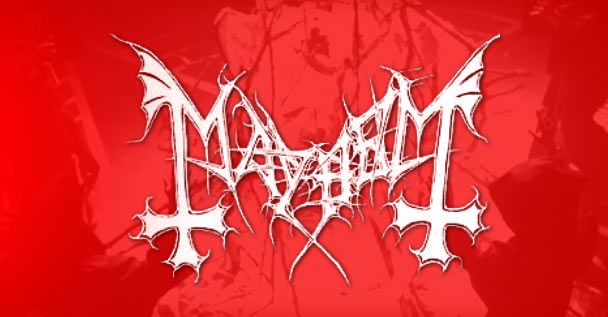 Mayhem have just released their first ever official music video. This was done in support of their new album “Daemon” and for it’s single “Falsified & Hated.” Here’s the official word in support of this:

Mayhem, whose sixth album, Daemon, is available digitally, with a physical release arriving tomorrow, share a video for “Falsified & Hated.”

“This is the first official music video we have released, so indeed some thought went into this,” explains Teloch. “Instead of having us filmed at some dodgy location with instruments not even plugged in, we did something different, in the true tradition of the band. We hired Johan Baath (Watain, Lucifer, etc.) to direct the video and we also were lucky enough to get the infamous Swedish graffiti artist Ziggy Jonas Rasmusson to do his ritualistic paintings for the video.”

“When I was asked to do the very first Mayhem music video, I thought I really had to do something more than just a plain Black Metal video, I wanted to take it one step further and do something different but stay true to the genre and of course Mayhem’s iconic legacy as a band,” says director Johan Baath. “I thought of the artist Ziggy Jonas Rasmusson and his ritualistic paintings and I asked him if he wanted to participate. Together we came up with this idea of a ritualistic painted pentagon-shaped room, completely surrounded by five painted walls, facing a centered pentagram-painting with Ziggy’s “hex-text” signs and symbols all over, each of the five point corners symbolizing human expiration.

“In the middle we see an organic neoplasm tumor-like shaped form, all muddy and dirty with wooden branches ensnared around it. The surreal and scary-looking outgrowth is almost breathing with dark energy, attached to several plastic tubes connected to five cloaked characters symbolizing the five members of Mayhem. They’re completely occupied with different ritual tasks destroying all humanity and contributing matter and dark energy to the demon creation in the middle.”