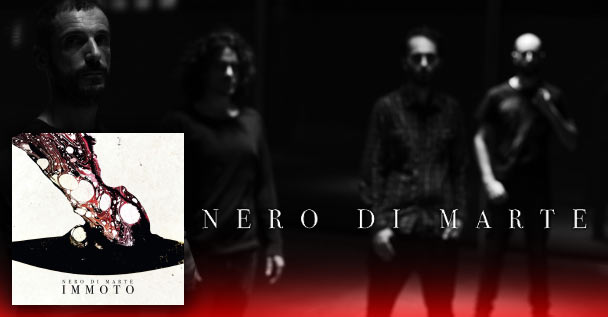 Nero Di Marte are building towards the release of an all new album “Immoto”. This is set for release on January 24th through the good people at Season of Mist.

In support, they’ve launched a new single “L’Arca”. The new track can be enjoyed here:

“The sounds and themes of ‘L’Arca’ can in some ways be seen as a continuation of our previous album ‘Derivae,’ while delivering many new musical and vocal ideas we’ve never explored before. We can hear, in retrospect, how much we were influenced by sci-fi atmospheres for certain parts of the song. A nebulous, percussive intro builds into a spiraling crescendo of tension which ultimately ends in a dramatic climax: the Ark, along with everything we treasure, is finally free to wander off in space and time.”