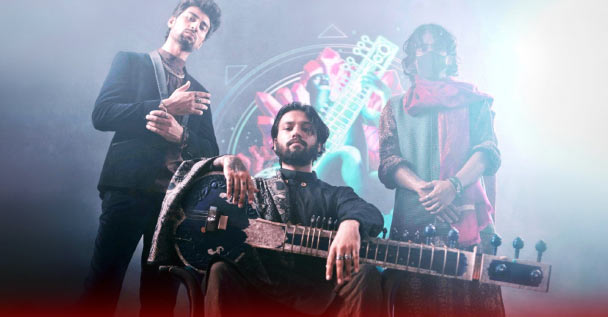 You may remember our friend, the awesome sitar player Rishabh Seen who covered Meshuggah’s Bleed among many other things with his chosen instrument. He’s now part of a new band quite literally called SITAR METAL and they’re truly awesome!

That being the case, you should watch their glory at work through the professionally filmed live concert video they compiled at the recent Zeitgeist festival.

Get debut album ‘Sitar Metal’ Here http://bit.ly/sitarmetalalbum || The much awaited & most requested release from SITAR METAL is here. The Band’s first show with the brand new line-up was at IIT Ropar’s Zeitgeist Festival 2019, since the Debut album ‘Sitar Metal’ came out on OCT 01, 2019. SITAR METAL decided to hit the stage that day with no clicks, backing layers & no post production in this mix & just to perform and record the most raw, real & improvised Audio/Video of the show to present unfiltered & uncut.