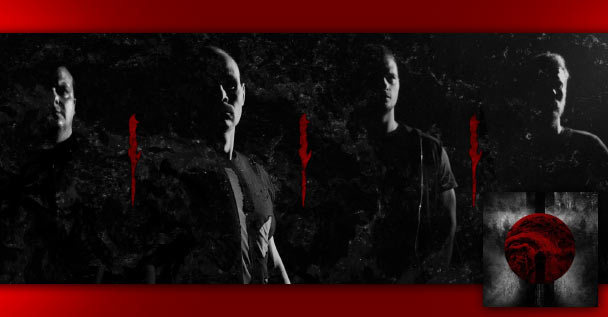 Over the past 15 years, Slytract have crushed ears as a dominant force of metal music out of Miskolc, Hungary. Their craft comes down to the composition of high end Melodic Death Metal tunes worthy of spinning headbanging windmills.

Since their inception, the band has put forth 3 full-length albums, 2 demo releases, and a selection of singles to mark down their legacy. It does bear saying the band went through a recent hiatus from 2012 to 2018. However, it’s apparent they’ve come back swinging and now they’re ready to fully show the fruits of their most recent labor!

It’s also worth noting that the band has expanded since the hiatus to include four members. They are founding members Gábor B. Melegh and Tamás Galántay handling guitars / vocals and drums / backing vocals respectively. They’ve been joined by bassist Márton Bencze and guitarist Gyula Czeglédi (formerly of the band Raze to the Ground).

With this new line-up, Slytract launched their return record under a self-titled moniker this year! This is the follow up to the 2011 LP “Existing Unreal”. The new album exists between a solid collective of 12 tracks spanning a 45+ minute run-time. This self-titled effort was released through the label Metal.hu and is currently available for purchase and streaming across most major online music platforms. This includes the likes of Spotify, Amazon, Apple Music, Google Play, and Deezer among others. You can also grab a physical copy over on the label website. Likewise, if you’d like to give a listen, there are several streaming / video options available across this page… Dig in!

With all that being said, let’s take a look under the hood of this album and see what’s what… Was Slytract’s return worth it? Let’s find out!

The record opens with a good punch in the face from the track “Acid”. It leads with some high passed guitar and drums only to come rolling in with the full spectrum through a blastbeat which goes on to introduce further heaviness. Expect thunderous riffs, pummeling beats, and distortion under the growling of the vocals on top. All in all, this serves as a solid introduction to the band while showing a good bit, but not all, of their general sound.

Personally, I was introduced through the single “Son” which is a heavy piece of work to be sure. It grooves hard through a variety of passages sure to induce a storm of headbanging. It also stands out from most of these tracks with the inclusion of some clean (but really aggressive) singing. Definitely a stand out here.

On that note, Slytract’s self-titled effort has a number of worthwhile tracks lining its runtime. Honestly, depending on your take for the given style of music, I would easily say they’re all worthwhile. Even an interlude like “Vacany” stands out for the awesome composition. They all tie together well and boast similar elements in varying degrees, giving the Slytract self-titled effort a certain cohesiveness that makes for a good metal record. Some of my favorites would have to be the aforementioned opener, the singles “Son” and “Colony”, “Tears”, “Years” (accidental rhyme there), “Law”, and “Hands” (just named over half the album there – this must be a good sign!). However, once again, there aren’t really any weak links here depending on your preference.

There are some worthwhile features across this project. Notably, “Colony” features the graceful piano skills of Misstiq. There’s also the aforementioned clean (yet harsh) vocal spot from Oszkár Knapp which cuts through the single “Son”.

Something I really like about this album is how it seems to lean in more of an “Epic Metal” direction as things go on. Soaring leads make for memorable moments starting with a track like “The Law” or “Colony”. This effect seems to grow as the record progresses. The second-to-last track “Years” seems to be the peak of this.

Instrumentally, this is a very tight band. They managed to bring about moments that could twist my face into metal-filled bliss. In fact, that almost happened immediately on track #1! They also demonstrate a well-versed knowledge for the style they approach music with. It’s not hard to pick up on key Melodic Death Metal elements and more while listening. Slytract clearly have a deep seeded understanding and respect for the metal genre.

Vocally, things are pretty damn consistent across this record. Vocalist / guitarist Gábor B. Melegh lays in a solid and evenly measured layer of growl above each track. The inflections on this can change but you know what you’re getting for the most part. He appears to be well practiced at the craft as they’re delivered with a significant power which really compliments the music. There are also moments that are spoken or involve vocal samples to mix things up like on the track “Hands”. The track “Son” probably stands out the most with the previously mentioned cameo.

One of my favorite qualities of this album is how fun it is to listen to from a metalhead perspective. These are the kind of tracks that could move a crowd. I can easily picture being in a mosh pit during the more intense segments or throwing horns to the sky among a mass of others while listening to some of the more melodic moments through this record. It just has that power-filled, feel good metal quality to it.

In terms of criticism for this LP, I do have a few points but not much to say overall. At worst, I wouldn’t say this is the most original record I’ve heard but it does what it does very well. Beyond that, I didn’t personally enjoy some of the melodeath-y electronic elements and synthetic instrumental sounds that were laced through some of these tracks but that’s completely up to preference. On that note, some parts of this record do sound better than others but, for the most part, it’s an highly positive experience listening to this band.

The overall production behind this record is mostly good. It seems to have been engineered, mixed, and mastered with care. Every instrument has its opportunity to shine through and do damage. At times, the wall of sound produced can lead to some truly awesome moments. So, hats off to Slytract themselves and to Mick Kenney for handling the production behind this album.

So… To answer the previous question about Slytract’s return… This should be obvious by now but… YES! Slytract’s return was well worth it! They’ve proven once again that they’re a force to be reckoned with in the realm of Melodic Death Metal.

That being said, let’s sum it up. The self-titled Slytract effort is a monster of a comeback record. It’s filled with solid material that can easily bring the hype out of just about any metalhead. The Slytract sound is strong and worthy of a listen. I personally enjoyed listening to this record quite a bit over the last month and, for that reason, I have no issue with giving this one a well-deserved 8 out of 10. If you like Melodeath, the chances are pretty damn strong that you’ll like this band / album. It’s very well done!

Just as a reminder, you can give a listen through the streams across this page and the album is available for streaming and purchase on most major online music platforms! This includes the likes of Spotify, Amazon, Apple Music, Google Play, and Deezer among others. You can also grab a physical copy over on the label website.

If you wish to dig in even further, give the band a follow on social media and stay up to date! They currently have bases set up on Facebook, YouTube, and Soundcloud. Show some love!

That is all. Stay metal, my friends \m/