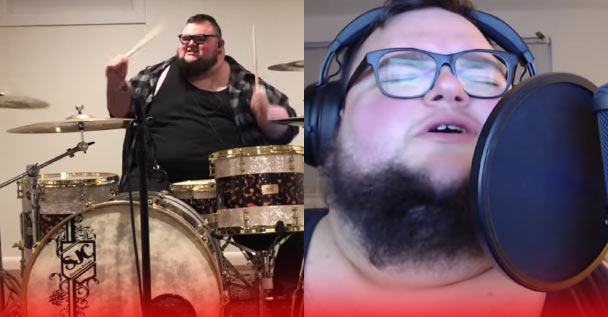 UPDATE – He’s still at it! Jon Sudano just released a Thursday drum cover for the track “Understanding In A Car Crash”:

If you wander the wastelands of the internet, the name Jon Sudano may be familiar to you. He’s the guy who covers a bunch of songs using nothing but the Smash Mouth “Allstar” lyrics for comedic effect. For example, here’s his cover of a cover for Killswitch Engage’s version of “Holy Diver”.

He’s quite literally racked up millions of views and followers just from doing that repeatedly.

Now, it appears that he’s shifted towards doing drum covers for metal / hardcore / rock  music. This was unexpected to say the least.