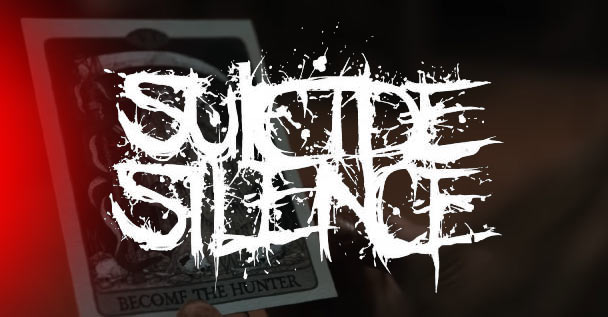 A glimpse of new Suicide Silence music has arrived through a video titled “Part 1: Meltdown (TO BE CONTINUED)”. This can be seen right here:

Become The Hunter was produced by Steve Evetts (THE DILLINGER ESCAPE PLAN, SEPULTURA, HATEBREED) at The Omen Room and mixed by Josh Wilbur (TRIVIUM, LAMB OF GOD, GOJIRA). Ted Jensen (PANTERA, DEFTONES, SLIPKNOT) mastered the album at Sterling Sound Studios in Nashville, Tennessee. The artwork for the album was created by Adrian Baxter.

Stay tuned for more information about Become The Hunter.

SUICIDE SILENCE will head to Latin America on November 14th. Stay tuned as additional dates will be announced.