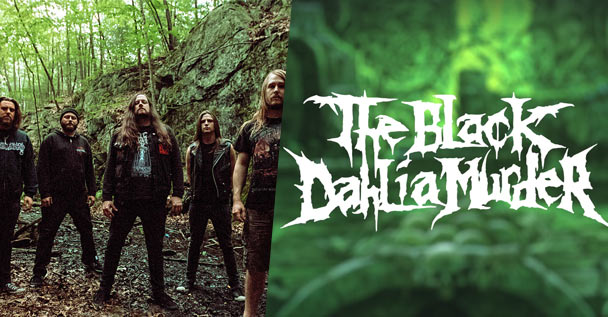 UPDATE – The single is here!

The Black Dahlia Murder are set to release an all new album in April to follow up 2017’s “Nightbringers”. It will go by the name of “Verminous” and a video teaser for the title / cover can be seen right here:

Furthermore, while speaking with Pure Grain Audio , frontman Trevor Strnad had the following to say of the new record:

“The album comes out in April and the first taste of it will be at the beginning of next month, the first song and the artwork and the big reveal of the name, and all that. Pretty excited about that; it’s been a long time coming now. I recorded vocals for the album in May. So, it will be like a year almost until it finally comes out. It’s been a long time to think about it, let me tell you.”