IN DYING ARMS are back – “Cold & Empty” single released 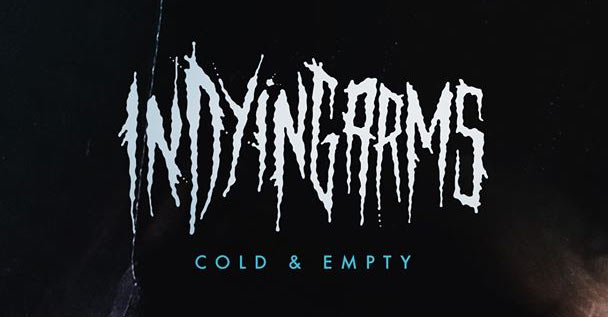 Baltimore deathcore band, In Dying Arms, shocked the scene in 2017 when they announced they would no longer be making music. The band had seen over ten years of success with numerous albums and touring the country relentlessly fusing together the passion of post-hardcore with deathcore’s technically stunning progressions. While members worked on music behind the scenes, In Dying Arms is exploding back with their new single, “Cold & Empty” streaming now exclusively at Dreambound.

The heavy hitting single features the aggressive vocals of Orion Stephens and showcases an infectious chorus of cleans. Even with the break up announcement, Stephens shared his excitement to share the new single, “I’m very pleased to announce IDA is back with our first new track in 3 years. Back in 2017 when the band broke up, I immediately began working on new music and getting into the recruiting process. This new era of band brings many new changes. One being some new faces! Throughout this time our old members have moved onto new ventures in life and wish them all the very best. Love you guys! With that being said, please welcome Noah Williamson (guitar/vocals), Andy Sapinkopf (guitar), and Nate White (drums) to the band.”

Anxious to share with the world what they’ve been working on, “Cold & Empty” is just the first taste of what’s to come. Stephens added, “We have been working on a new EP, which has taken the band’s sound into a direction we hope you all will love as much as we do.”