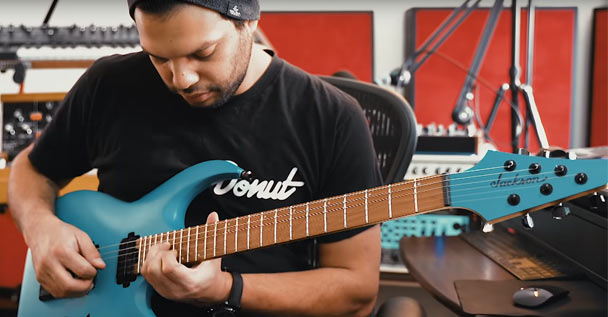 UPDATE – Misha Mansoor answers questions about his Bulb project. 3DOT Recordings will be releasing the Bulb Archives. 10 albums, 108 songs, bi-weekly releases. It all kicks off June 12th with Volume 8.

PERIPHERY guitarist Misha Mansoor (aka BULB) is about to release 10 albums worth (110 songs) of material to the masses. This will occur through Periphery’s own 3DOT Recordings on a bi-weekly basis starting this month through October. Prepare yourselves…

Here’s what he had to say:

“Diving back into the Bulb archives is something that I’ve wanted to do for years. As I began working on what will be a new Bulb album I was reminded of this vast library of unreleased music, music that has only been previously available by seeking out bits and pieces on various forums and media channels.

Presenting it in a context that both echoes my original intent with the songs grouped from the time period they were recorded in as well as making it easier for fans to find and enjoy was the driving motivation behind completing this massive undertaking.”

and here’s the release schedule: