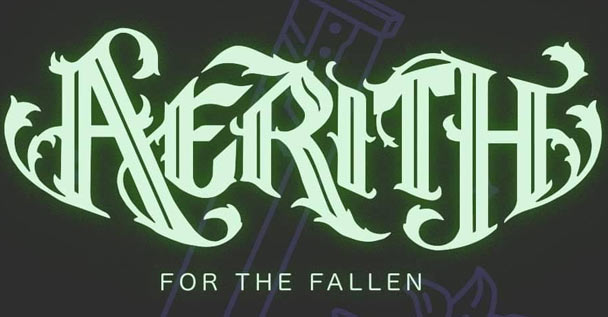 AERITH is the up and coming Melodic Death Metal band the world doesn’t deserve and all fans of the genre should be watching right now. Equipped with Aborted drummer Ken Bedene, vocalist Aaron Green, and bassist Frank Bedene – they’re a highly talented and well connected band that brings out all the stops. EVERY track has a prominent feature from across the metal scene and it has already amounted in so much greatness when, in reality, they’re only getting started!

Today marks the release of an all new AERITH single featuring no less than FALLUJAH’s Scott Carstairs and Antonio Palermo! It goes by the name of “For The Fallen” and can be enjoyed through the streaming video provided below. Oh, and if you happen to be a fan of Final Fantasy VII, you’ll likely see some other things to enjoy beyond the amazing music!

The single is also now available for purchase and streaming on Bandcamp among other music platforms. You know what to do!

For an in-depth look at Aerith and their nerdy ways, here’s a recent interview we had with the band’s vocalist Aaron Green.