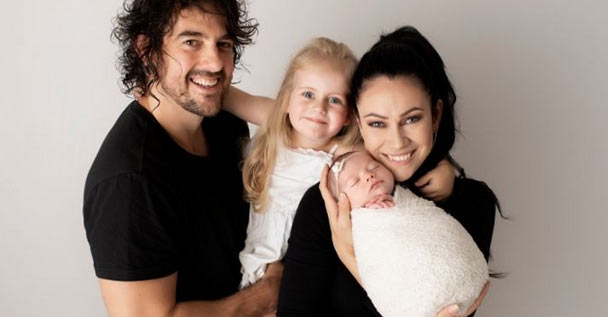 Contributions can be made by CLICKING HERE.

Here’s what her sister Naomi had to say of this:

“This is my sister Jolene. What should be an amazing time in her life with the new arrival of her second daughter Layla, has become nothing short of a nightmare we cannot awake from.

In 2018, unbeknown to her family and most friends, Jolene battled a silent fight with Breast Cancer, with the love and support of her partner Shane by her side. 2018 was a tough one for our family, and Jolene selflessly didn’t want to worry anyone as she underwent IVF egg preservation, breast surgery & radiation. During that time Jolene continued working full time and raising their 18 month old daughter, Chloe.

During 2019 Jolene did extensive tests to make sure her attempt for another child would be safe. She received the all clear and Layla was welcomed into the world one year later.

During her pregnancy she had worrying symptoms but they were passed off as pregnancy related. Jolene requested further investigation after the problems continued postpartum.

On 29th May 2020, Jolene was given the news no mother can bare to hear: she has Stage 4 Colorectal Cancer which has metastasised to her Liver. It’s a separate and unrelated cancer to her earlier breast cancer. But this time the cancer is inoperable, it’s incurable and it’s aggressive.

This cancer has a genetic mutation called BRAFV600E and is extremely rare, and prognosis is poor with an on average life expectancy of 2-5 years. Her beautiful girls may never remember their mother.”