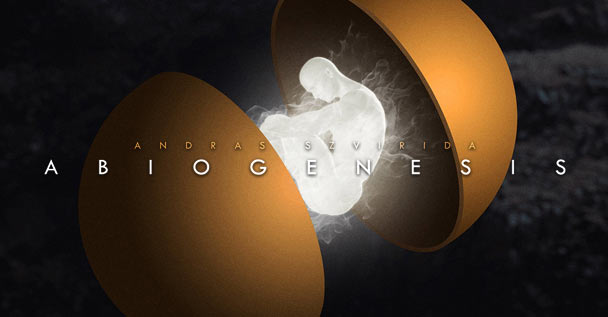 Here’s the new ANDRAS SZVIRIDA EP “Abiogenesis” in all of its glory!

In this album I wanted to paint a wholesome picture about the world from the beginning to these days not in a factual “NatGeo” way. Instead I want you to think of abstract painting, were each brush stroke is there for a reason, has its own meaning and purpose thus completing its concept. Even though the artist knows exactly what their work represents, if the audience does not read the title carefully, they might see anything into it. In this occasion, we hear/see people with “huge” artistic knowledge and precision saying, “even they don’t know what it is, why selling it so expensive?”. I, by this statement, want to draw these people’s attention to the fact that it’s not the case here. The above example shows what was meant by me and the Abiogenesis album and how it should be interpreted.

I should also clarify that it’s not a Metal album per se. In terms of instruments we van hear oboe, clarinet, trumpet, piano, eastern and Asian instruments, violin on the album. The tone and melody switches back and forth from rougher to softer, more pleasant soundings.

Although, Abiogenesis is an instrumental album, the song titles were not given by chance and not after being written, but beforehand. Meaning, for this album, first came the concept, then the titles and after that the songs, written one by one according to those titles.

All those listening to the songs one after another, I believe will get the concept described above in many words.
Huge thank you to everyone, who listens, streams and/or buys my new “Abiogenesis” album!
Each like, share and comment will be warmly welcomed, and much appreciated!