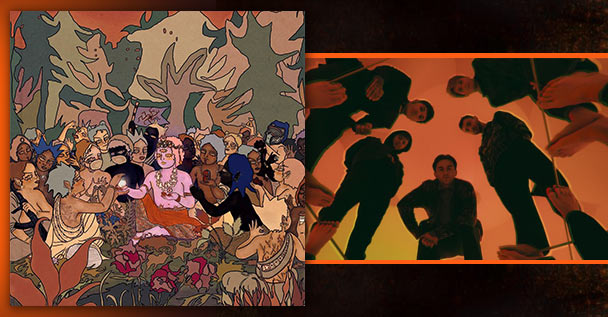 Background: Bring Me The Horizon is one of those shapeshifter bands. They’ve completely changed since the days of their MySpace Deathcore roots, heading in a more accessible but often still distorted approach. As such, all kinds of people have had all kinds of opinions about this band over time. But for all that is said and done, Bring Me The Horizon currently sit at the leading edge of the heavy music scene in terms of popularity and influence. Most recently, they came out with this album “Post Human: Survival Horror” which we’ll be taking a closer look at today…

This Album Sounds Like: Bring Me The Horizon wrote this album on the new Unreal Engine or some shit. This is liminal 3D generated music crossing different boundaries from experimental pop into much heavier realms. If someone told me that DOOM composer Mick Gordon had a hand in some parts, I honestly wouldn’t be surprised. In short, you never quite know what you’re going to get – but it’s safe to expect that it will be catchy.

Positives: I think Bring Me The Horizon have become progressively better songwriters over time. Most every moment on this record is some sort of catchy as they’ve honed their craft to make it so. This band’s creativity seemed to spike with the 2013 inclusion of Jordan Fish in the band and they’ve continued with that direction since. As such, the production on this record is also generally solid and creative. I enjoyed the variety of approaches put forth. The book ends of this album serve as a great example with “Dear Diary,” being the heaviest on the album and the closing track being the lightest. Oh, and there’s a song featuring an elephant… so you got to love that.

Negatives: I can’t say I enjoyed the whole record equally… Some moments came across better than others in my opinion. It can be a bit rigid at times. Also, I’m personally allergic to that Yungblood guy featured on “Obey” and I know the BABYMETAL feature will likely be divisive but to each his own. Objectively speaking, I can see followers of The Circle Pit going either way on this one so just listen and see what you think.

In The End… I think this is a good effort from Bring Me The Horizon. I wouldn’t say it’s my favorite material from them to date, but it certainly keeps the ship sailing. Ultimately, I would say my personal enjoyment of this record was about a 7 out of 10. You can sample the goods for yourself and stream either on this page or on just about any music platform across the internet. See what you think about this latest offering from the UK’s Bring Me The Horizon.