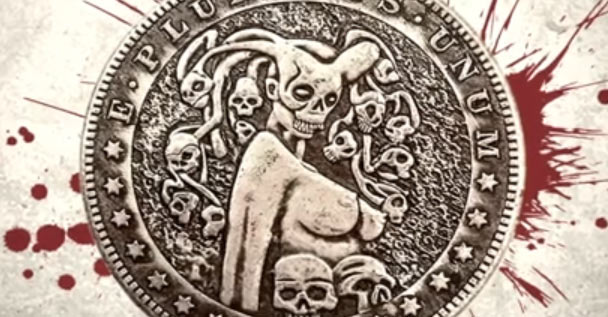 Let’s face it – 2020 was not a good year. But that doesn’t mean it was THE worst year. As a person who likes exploring new genres, 2020 was a good year. There were a lot of bands who tried doing something new and explored more than what they’re capable of doing – this is mainly because of Lockdown and how it made people discover their creative edge. One of such bands that I came across is Electric Sister. They have been around since the 2000s but, unfortunately, they took a long hiatus which lasted 9 years. The band made their emphatic return in 2020 with a hit single “Miss American Vampire”.

Before getting into the track, here is a small background on the band. Based out of Oakland, the band made a name for themselves within the Rock & Metal community with their hit debut effort, “The Lost Art of Rock & Roll”. Their return from hiatus saw major changes in the band lineup, as they slipped from a six-piece to a five-piece entity without the original bassist. The band’s guitarist took the bass duties. With this lineup, they released “Miss American Vampire” – a song that relishes the band’s inclination towards Old School Rock and how they wanted it to be a part of their Metal sound.

Their followup single to “Miss American Vampire”, entitled “Golden Whores” is a definitive statement as to what to expect from the band in 2021. The song shies away from the 5-minute mark and keeps the listeners hooked for the entire time. While the spotlight is on the guitar work, you can’t deny the fact that the song would have felt different if it wasn’t for the wise interpretations of drums and vocals. When I talk about the drums, I must specifically stress on how the drummer incorporated busy grooves without spoiling the rest of the instrumentation. The drummer could’ve easily played a basic groove in the background, but it is this busy groove that adds an extra element to the song.

The good thing about the band is that they strive hard to keep their songs raw and unpolished so that none of their instrumentation is lost in the mix – something very uncommon these days as Metal and Rock bands prefer a more polished production with a heavier emphasis on computerised beats and auto-tuning. Maybe this is one of the reasons as to why listeners get the Old School Heavy Metal vibe while listening to their songs – especially when the melodious guitar solo kicks in!

Overall, Electric Sister is making a statement with two back to back singles. 2020 may not be a year for an album, but 2021 definitely shapes up being a year the band finally release a sophomore – an album that I’d be definitely looking forward to, as I’m curious to know the band will keep their fanbase happy – and how they will attract to a newer one. Needless to say, 2021 is going to be a busy year – not just for Electric Sister but for the entire music industry.