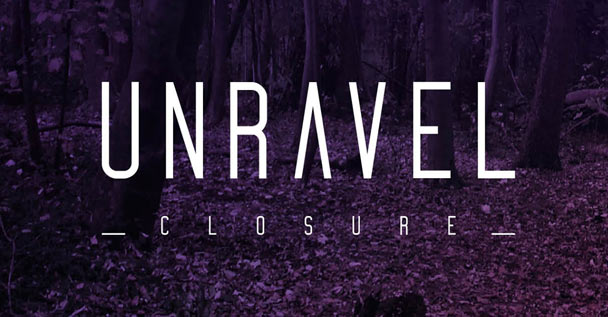 With their mixture of technical riffs, soothing ambient parts, heavy breakdowns and a unique duet of vocals, Unravel aims at bringing lovers of all heavy music together with their very first full-length record ‘Closure’

Unravel was born out of the foundations of a former rock band by a group of friends who decided to take a turn towards modern metal music. Even though the young and enthusiastic band only has a handful of shows under their belt, it has shown a lot of promises for the future with its energetic live performance and catchy songs. Because of its many influences, the Belgian metalcore act strives to bring lovers of all heavy music together in its next chapter. After months of writing, multiple line-up changes and a tough year of recording a full-length record in the midst of a pandemic, Unravel is proud to present its debut album ‘Closure’.

Closure deals with a multitude of topics that people are experiencing on the daily. The End Of My Rope and Persist deal with depression and anxiety, and how we deal with these feelings, while Black Sunday touches on social unfairness, narrow-mindedness and the frustration this brings. Songs like Caged and Survive are about the hardships of expressing yourself and being happy in a society that is more and more focused on self-preservation and not talking about issues, while Remember faces the consequences of dementia, and losing the people you care about the most.

Musically, Unravel’s debut album draws influences from all kinds of heavy music like metal and hardcore, but also tries to learn from other genres ranging from modern electronic music to rock. All these influences come together in a tightly performed mixture of technical riffs and drumming, catchy chorus patterns, atmospheric cleans and heavy, low-tuned breakdown parts.