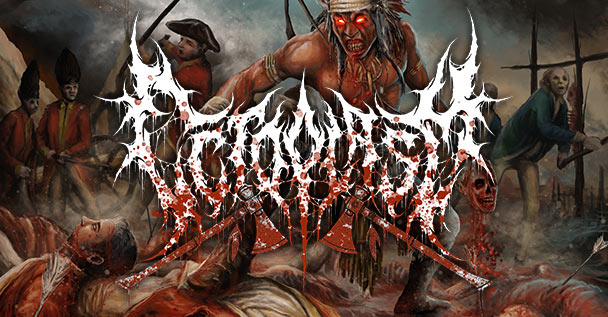 “We are a US/TW Deathcore project! Matt Lee is the main guitarist while Murray Chen is the drummer. Leaving Kai Ian on vocals. Both Matt and Murray are in Abyss Of Gehenna, while Kai have Solus and his solo project: Kai. Our first release is about tales leading up to, during and after the First Great IndianWar. In these alternate tellings The natives are aware of the arrival of the English Colonies. They are also aware of the famine, disease, rapes, pillaging and other atrocities they will bring. Instead of allowing this, the natives call upon they’re gods and spirits for help. With rumors of a Wendigo like creature making it’s presence known through the possession of individual natives who maybe about to lose their life in battle.”