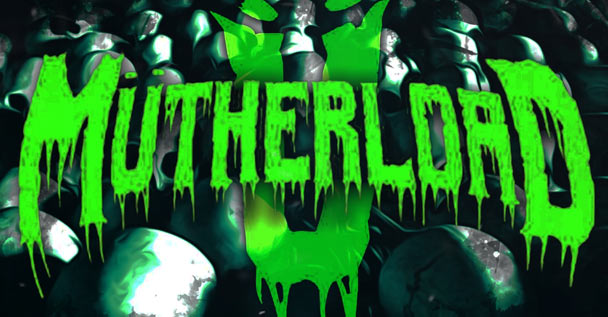 The second single off EP “Ü” Out July 9th

A provocative blend of thrash, groove and death metal, Mütherload from London, Canada has a new single “Iniquity” out supporting the release of their debut EP “Ü”. While this is the first release from the band under this name, four of five members worked together previously in Heaven Ablaze.

They still keep a bit of the thrash riffs they were known for previously, but over the years they’ve put more focus into the groove, songwriting, and feel. Not every song has a guitar solo in it, and not every riff has a lead over it. This shouldn’t dissuade long time fans though, as the band explains:

“So far, the few people who have heard the EP seem to love it, so hopefully we maintain that reaction with everyone else who hears it. We feel we captured our live energy in the studio quite well, and it’s that energy that our fans love the most about us.”

When asked about lyrical themes, the band is sparse on details, instead of encouraging listeners to read the lyrics and decide for themselves how the words fall out and work with the music.

Mütherload works collectively, with the majority of the melodies and riffs being concocted by guitarists Patrick Davison and Derek Haley. After they set the foundation, the rest of the music just flows. Most of Mütherload’s music starts off on the acoustic guitar. Stripping the music down to its most humble form allows them to add what is needed instead of fighting to take away what has been set in stone so to speak. You can always add salt, but you can’t take it out later.

A sonic smorgasbord of all things heavy, Mütherload is recommended for fans of In Flames, Mastodon, Lamb of God and Opeth.