Welcome to the Art Gallery. We’re gonna take a look at some really impressive art while listening to some great music in the process. For the sake of Throwback Thursday, we'll be looking at a few classic album covers today. 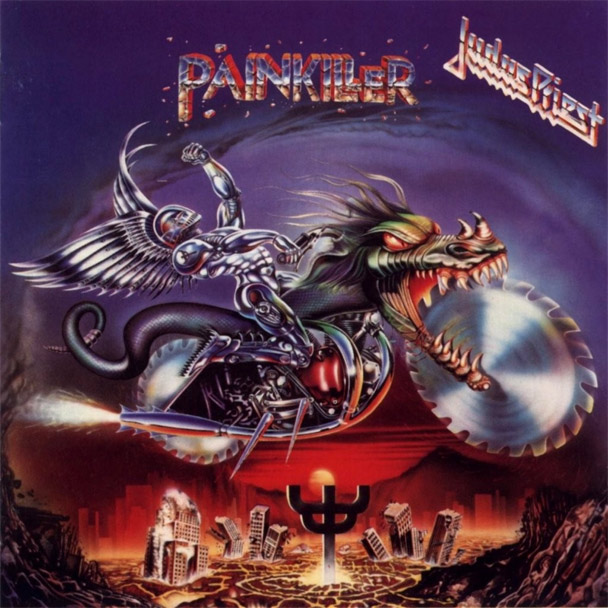 For their pioneering role in dual guitars, operatic vocals, and creating some of heavy metal's most popular songs, Judas Priest is a band that will always be remembered.  However, their album art is not among these memorable traits.  In 1990 Judas Priest released "Painkiller".  This album not only demonstrated a revitalization of their sound, but it also showcased artwork that was far more aesthetically appealing than their previous artwork.  The depiction of a metallic angel soaring overtop a city in destruction evokes feelings of intensity, fantasy, and well, is just fucking epic! 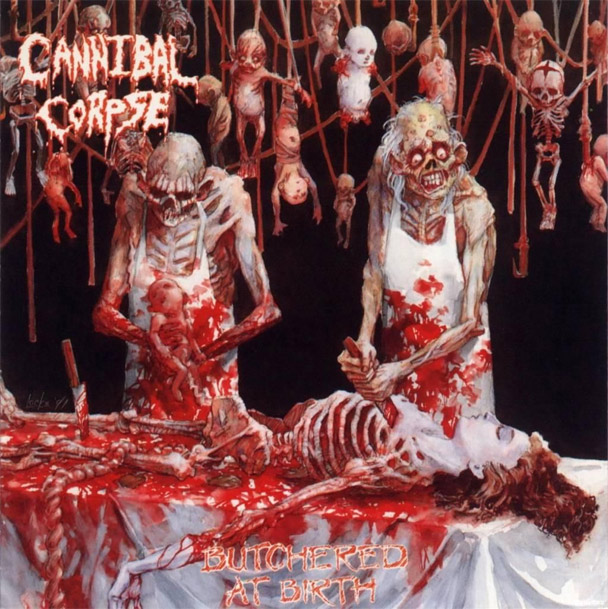 Not all artwork is meant to be beautiful.  In fact, one of the main goals set forth by Cannibal Corpse was to establish the most disgusting and nauseating cover art in the world of music.  Needless to say, they succeeded in this effort with their sophomore album "Butchered at Birth".  By showing highly detailed artwork that actually depicted the process of mutilation, Cannibal Corpse raised the bar on what future metal bands could potentially use for their album art.  One look at this cover and you'll understand why the album was banned in Germany. 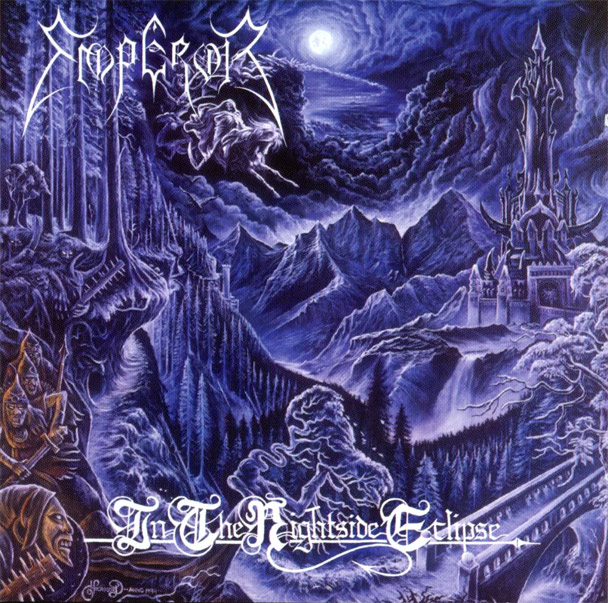 How would one describe the cover art for Emperor's debut? I've always thought of it as depicting a "beautiful nightmare".  The prominent blue color tone of the picture is soothing, but the shading creates this overwhelming feeling of doom. This pretty much mirrors the sound of the album, which is characterized as having intense vocals and drumming accompanied by the more atmospheric keyboards. In my opinion, this cover is the epitome of everything thematically related to Norwegian black metal music, with its emphasis on conveying the classical black metal "evil" through a filter that is distinctly Scandinavian.