Meshuggah have a great history of badass album covers. So much so, I’m surprised they haven’t made this segment yet.  It was extremely difficult to choose with so many stand outs like “Destroy, Erase, Improve”, “ObZen”, “Koloss” and even more obscure releases like “I”. So, after lots of staring and head scratching, it seemed their 2002 effort “Nothing” was the way to go – both for it’s original cover and it’s blue re-release. Something about this artwork always sent chills up my spine and I’ve spoken with others who agree. The disembodied face screaming out of the psychedelic void has left an impression – even if the observer doesn’t catch it at first. 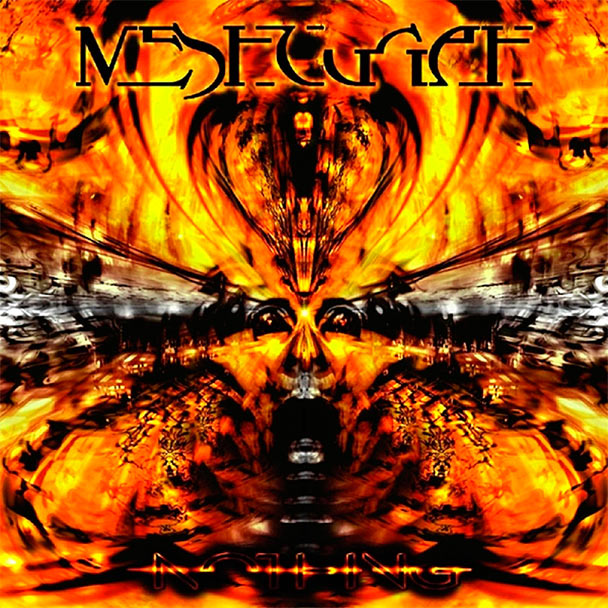 Yet again – let’s face it – all of Mastodon’s album art is awesome. Whether it be the portal of “Crack The Skye” or the absolute mind fuckery of their latest album, “One More ‘Round The Sun”. Consequently, it was really rough deciding which of the album covers deserved this spot. Though after much contemplation, it was clear their 2004 album “Leviathan” was the way to go. And not just for what was on the front cover of the CD – but the entirety of the artwork it was a part of. Epic may be the only word that does it justice. 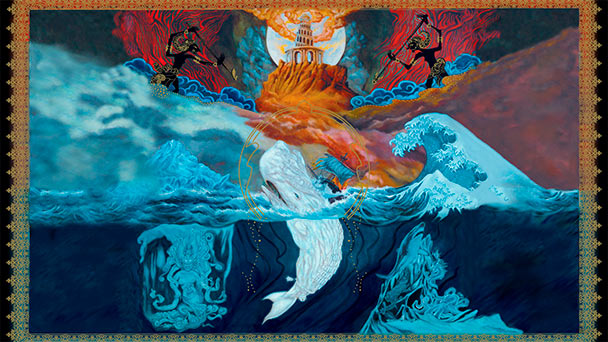 And here we have inspiration for the Disney / Pixar film Wall-E. Or, at least, I’d like to think so. Suffocation really packed a great album with a great album cover to boot when they dropped their debut full-length “Effigy of the Forgotten”. This 1991 cover featured a robot stalking an alien landscape with several brutal embellishments. It’s equal parts beauty and metal. Very well done album art to say the very least. 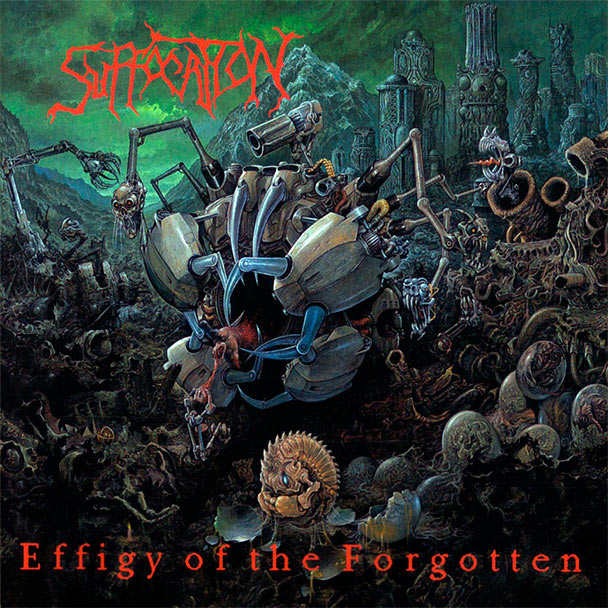