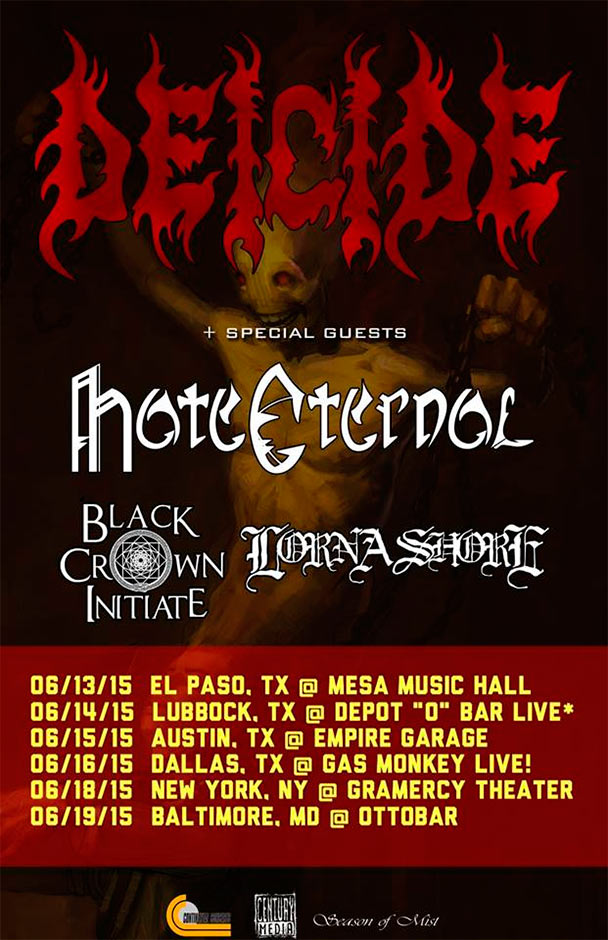 “These are the final dates to this tour, we could have just said fuck this whole mess, and been done with it! We don’t do business like that and believe there is honor in finishing it not for ourselves but for the fans who deserve to see the band and who expect us to show up! This will be our last U.S. TOUR FOR A LONG LONG LONG TIME, come on out and support these great bands.

“What happened with this tour is this…the agents put together a package that the local promoters had no faith in and couldn’t afford and we’re all asking to cancel their dates, so to keep it going and finish it out entombed were told to go home not by us. But by the agents that set up this tour so the local promoters could still do the shows, we are all in this mess together and I can assure you we will never get involved in anything like this ever again.

“We had nothing to do with entombed being kicked off tour blame Metal Alliance, their fucking mess!

“METAL ALLIANCE IS WHO YOU SHOULD BE ANGRY WITH, THIS FUCKING TOUR IS THERE BIG FUCKING MESS, NOT DEICIDE WE ARE ONLY GUILTY OF AGREEING TO DO THE TOUR!”

You can find a flyer for the reassembled tour up above and listen to music down below.