Mastodon “Asleep In The Deep” Music Video / Behind The Scenes

In case you missed it, Mastodon just released the most catshit crazy music video you will ever see. This was done in support of the track “Asleep In The Deep” from the album “Once More ‘Round The Sun.” The video itself is literally a psychedelic vision of what cats do when they go out at night. It’s as visually intriguing as it is strange and hilarious.

Mastodon worked with artists Skinner, Video Rahim and Shane Morton to make this venture happen. Skinner himself let a little insight into what all went behind the video conceptually. He had the following to say:

“This concept was birthed out of my curiosity about what a cat really does at night while we are asleep. Where do they go? Cats have a very mysterious myth to them and I thought it would be cool to explore that, as little nocturnal heroes. I decided to put a sort of Joseph Campbell hero myth spin on it and add some Jodorowsky psychedelia as well. I’m more than excited about the way it came out! I love it!”

“People have been asking me how I got the chance to art direct a video for Mastodon. Well here’s how it happened: One morning I asked Brann, “What do you think your cat does at night when it goes out the cat door? (Brann has an incredible one-eyed giant cat named Don). Do you think he goes on some insane cat adventure?” This is how my brain works when I’m getting that coffee buzz going in the morning. Plus, I’ve long been suspicious of secret cat adventures for years. Since I was little I’ve thought,” What the fuck are they doing out there all night?” Anyways, Brann said,” That’s a cool idea. Why don’t you write a treatment for a video?” AND THUS IT SHALL BE!”

You can read much, much more RIGHT HERE.

In addition to the base release of the video, Mastodon have also released an exclusive t-shirt and poster to go along with it. You can check them out RIGHT HERE. Jolly days to all of you! 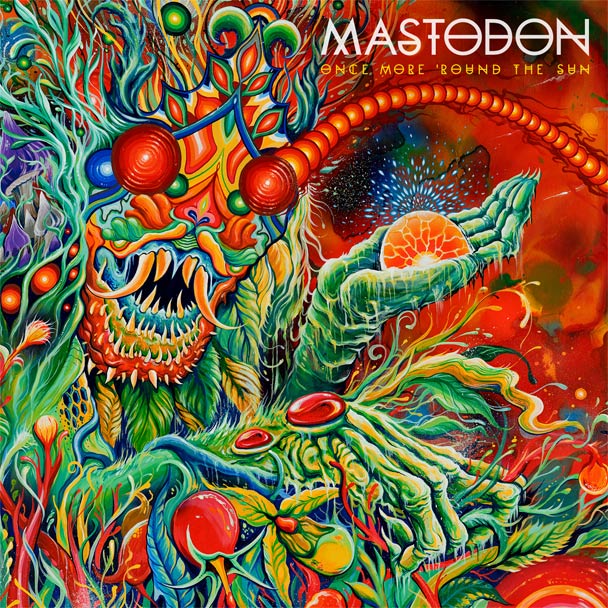