Arsafes Is A Must Listen

In reality, we’ve been following the work of Arsafes for awhile now. But only recently have we discovered the true scope and nature of this man’s portfolio… And the fact that he’s prolific as can be! Arsafes works damn hard between a total of three main projects. We’ve talked about Kartikeya and Above The Earth plenty in the past, but it also appears as if he has an involved solo-type project with the support of several members called Arsafes! I would even go so far as to draw parallel’s between Arsafes and Strapping Young Lad era Devin Townsend. In other words, amazing level shit! Also, take a look at this release schedule: 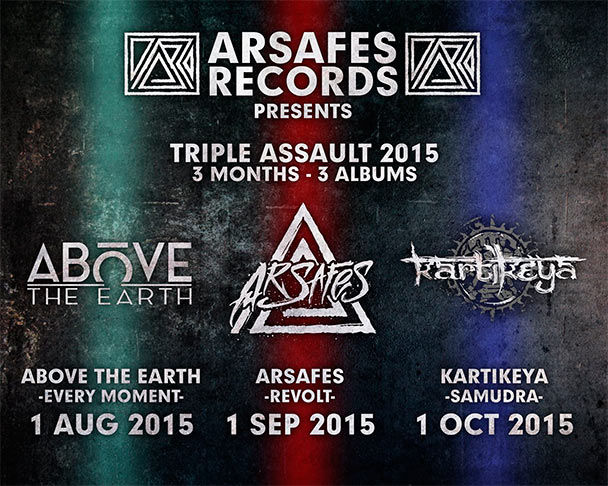 That’s right… Arsafes is putting out 3 albums in 3 months… starting tomorrow! You have to respect the work ethic. And that’s just scratching the top of the iceburg. This guy has systematically and frequently released a shit ton of music over time through all of these projects. Look into it.

The main focus of this article, however, is on his solo project Arsafes which I literally just discovered. It sent my jaw to the floor pretty quick while listening to last year’s album “Ratocracy”. The music brings a beautiful fusion of Progressive Metal, Extreme Metal, and even Industrial elements to formulate a mind bending and insanely original listening experience.