There has been an unprecedented amount of back and forth over this year’s Mayhem Festival. It began when co-founder Kevin Lyman made comments that he later apologized for. Then the headliner Slayer had guitarist Kerry King digging into the festival hard. This has received waves of backlash as well. All of this has undoubtedly hurt the festival. Though there were definitely many positive points as well. But with all of this added up, the festival has come to a permanent end.

We’ve been privileged enough to cover the past three years of Mayhem’s total eight year run. Despite the controversy, every year was a great show with lots of fun to be had. But, in that time, we witnessed the festival’s waning numbers firsthand. So, we figured it would be appropriate to give you a look as well at this point.

For the past two years, we covered the event at the same venue – being Jiffy Lube Live in Bristow, VA near Washington D.C. During both of those experiences, I had taken a photo of the crowd from approximately the spot within the ampitheatre. These images tell the story better than any words ever could.

2014 – Here is the Mayhem Festival crowd before Trivium – the opening band on the main stage. 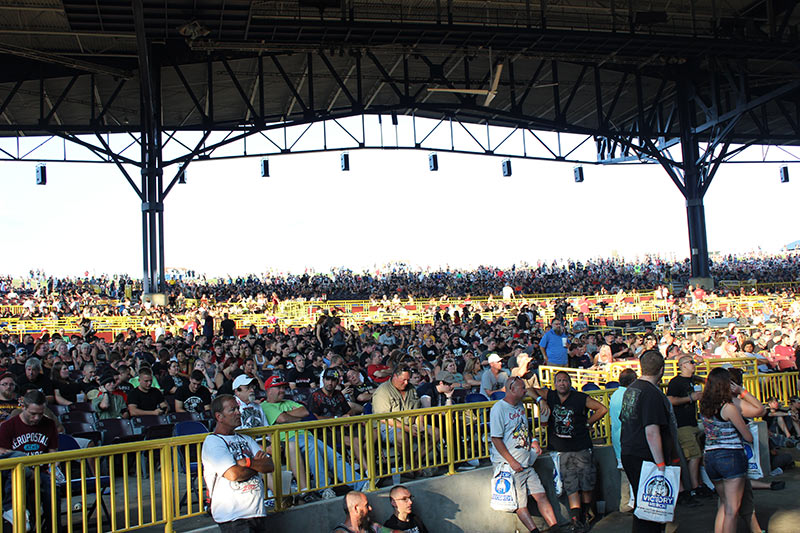 2015 – Here is the Mayhem Festival crowd before Slayer – the headliner on the main stage. 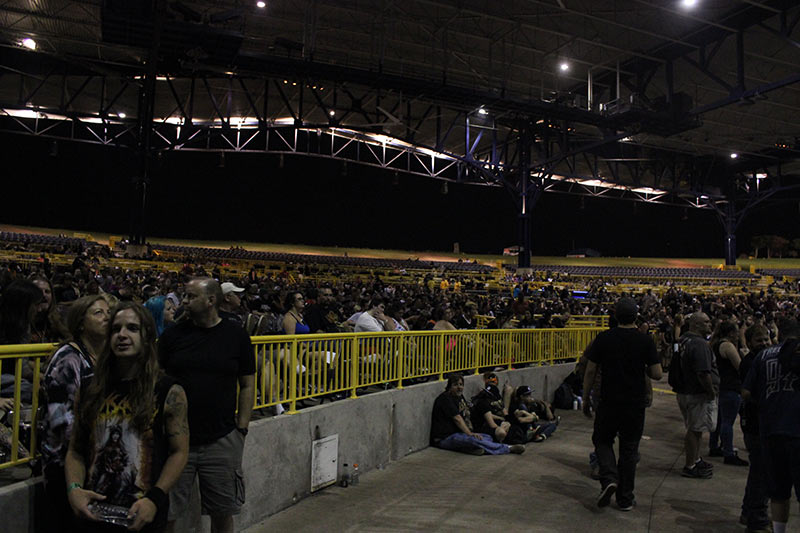 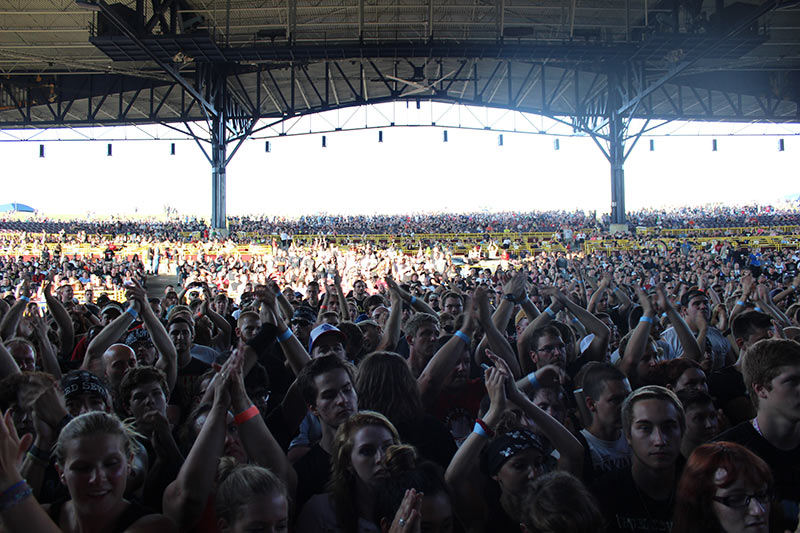 We will have many more images from this year’s event coming soon.